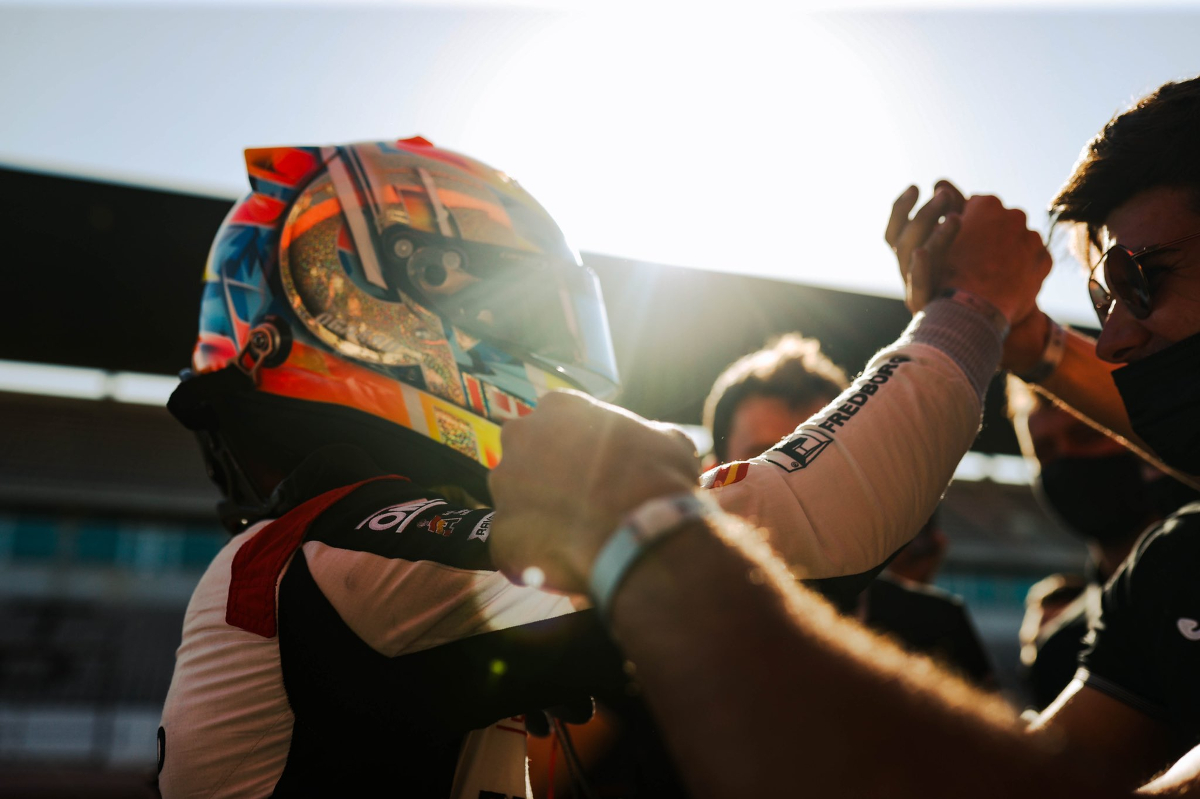 Sebastian Ogaard took a second Spanish Formula 4 win in a row for Campos Racing in race two at Algarve.

The Dane passed MP Motorsport’s slow-starting poleman Dilano van’t Hoff off the line and immediately established a lead of two seconds which he then extended over the 12-lap race.

A faulty transponder occassionally made Drivex School’s Noam Abramczyck appear at the top of the times, but it was Ogaard who led throughout.

Praga F4’s Quique Bordas tried to follow Ogaard past van’t Hoff at the start of the race, spending the whole of lap one attacking or getting alongside van’t Hoff but unable to make a move stick.

He tried again around the outside of turn one on the next lap, but after that had to switch focus to holding off Campos’s Pepe Marti behind. Marti was able to complete an overtake, and he then shadowed van’t Hoff through the rest of the race.

Vladislav Ryabov continued a strong weekend by finishing fifth ahead of closely matched MP duo Georg Kelstrup and Rik Koen, while Drivex’s Max Arkhangelskiy rose up the order from 14th to finish eighth.