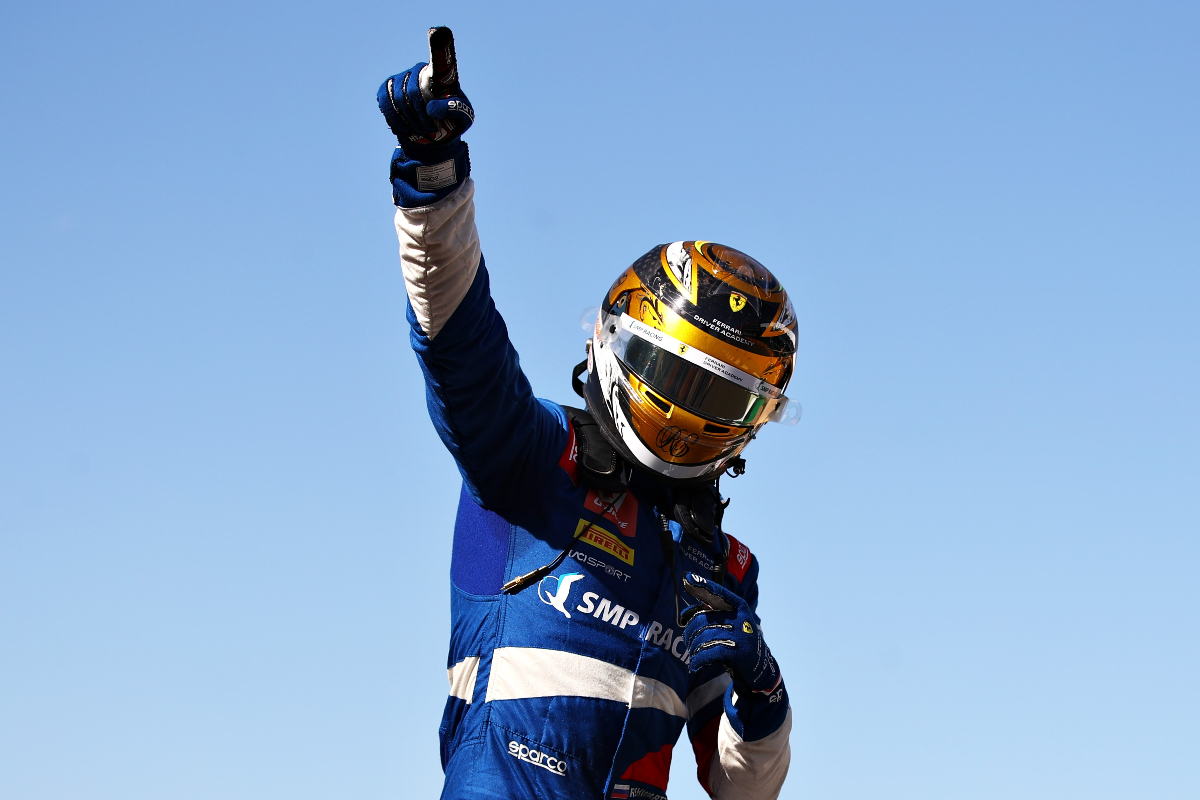 Prema’s Robert Shwartzman says his Silverstone Formula 2 sprint race win is redemption for a race-ending lead clash with then-team-mate Mick Schumacher at the same circuit in 2020.

Schumacher and Shwartzman were fighting for the lead in one of last year’s sprint races at the circuit when they collided at Brooklands, concluding two rounds at the circuit during which time Prema had struggled compared to its title rivals.

Shwartzman suffered a puncture in the collision and finished 13th, while Schumacher went on to finish second behind current AlphaTauri Formula 1 driver Yuki Tsunoda.

“I would call it, this year, redemption. It’s a redemption for me,” said Shwartzman when asked by Formula Scout whether he felt he was ‘owed’ a win after last year’s clash.

“We can discuss all the time we want whose fault was it, but at the end it doesn’t matter because it’s already in the past, and now finally we got the win.

“I think we did a pretty good job. I really, really pushed and really worked hard, and the team worked really hard to get that win and to get some good points.

“I’m very happy that we finally got it because last year the Silverstone races were not going our way and at least the race one today was really good for us so we just need to be focused for the other two races, deliver a good result, good points and let’s see how we’re going to end it up at the end.”

Shwartzman also spoke about his start, to which he did not anticipate leading after starting from fourth on the grid.

“The start was pretty impressive, to be honest. I didn’t expect myself to launch that good. We were expecting some wheelspin because we were starting on the hardest compound, plus the track was pretty cold and generally it was not high grip.

“Also me and Juri [Vips], we had the shade. There was the shade was from the buildings, so I was already like ‘ah, okay, it’s even less grippy’, but to be honest I think the warm-up was very good and generally the start I managed to pull was really, really nice.

“So when I launched I saw that Juri was having a little bit slower start so I just went down the inside, but I didn’t really expect [polesitter] Christian [Lundgaard] to, I thought he was going to be somewhere on the left so I’m going to pass Juri and we’re going to have a fight with Christian, and then I look at the left and there is no one, so I am like, ‘damn’.”