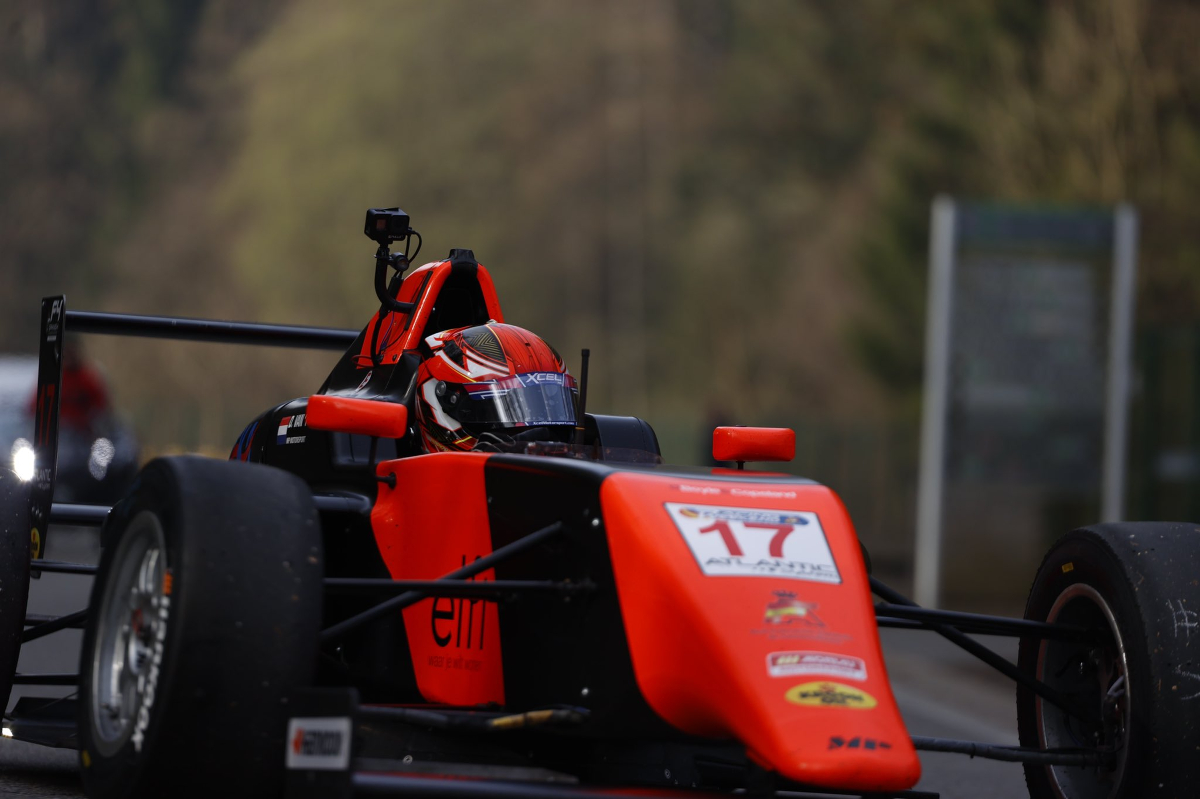 Only Praga F4’s Daniel Macia was able to stay within one second of the MP Motorsport ace in the early stages of the race.

The Spanish driver, who made up three places in the start, began to lose ground as the race went on, but his pace was good enough to comfortably finish second behind van’t Hoff.

There was a lot of action in the fight for the last podium place.

The Russian passed the Dutch on the pit straight going into the last lap, but Koen was able to gain the place back a few corners later.

This battle allowed race one and two winner Sebastian Ogaard and Drivex School’s Max Arkhangelskiy to close up, but it wasn’t enough for them to attempt an overtake. The pair finished fifth and sixth respectively.

Ogaard had started the race from fourth, but dropped to fifth in the opening lap. After that, he moved to fourth, and even put some pressure on Koen for third place. However, he dropped back again after some laps.

Quique Bordas and Noah Degnbol also had an intense battle for sixth in the first half of the race. The fight ended with both drivers dropping down the order. Degnbol was eventually able to fight back to eighth, whereas Bordas lost more places.

Campos’s Pepe Marti, who lined up in the front row, stalled on the grid. However, he managed to get the car running, and was able to complete the race, crossing the finish line in 13th on the road. He moved up a spot, and Bordas gained a point in 10th, after Drivex’s Branden Lee Oxley up ahead of them was penalised five seconds.