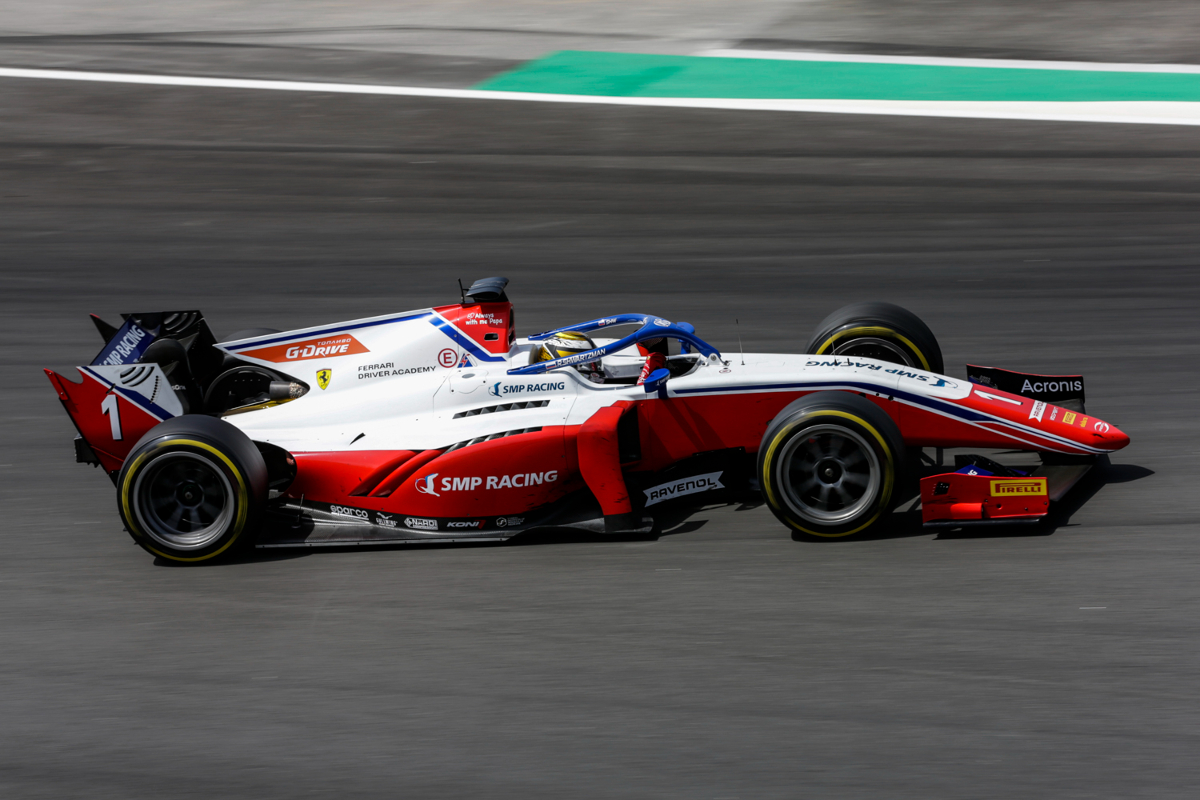 Robert Shwartzman won the first Formula 2 sprint race at Silverstone thanks to a perfect start that allowed him to lead every lap.

The Prema driver had a rapid start from fourth in the grid and took the lead straight away. After that, he controlled the race without much trouble despite having to go through three safety car restarts.

Red Bull junior Juri Vips was unable to extend his win streak from Baku and finished second in a fairly quiet run to the podium. Third place went to Christian Lundgaard, who started on reversed grid pole but lost two places due to a slow start.

The safety car was out on lap one after points leader Guanyu Zhou spun and stalled at turn four, which meant he had to retire.

Roy Nissany, who had reported some issues in his rear tyres before the start, was also forced to retire after touching the rear of Lundgaard at the same corner. Both Alessio Deledda and Ralph Boschung went off track on lap one, but were able to rejoin.

When the race restarted, Deledda spun at the first corner and the safety car was out again.

Prema’s Oscar Piastri went into the inside of Hitech GP’s Liam Lawson at turn three on the next restart, both having already had an intense battle in the only green flag lap between safety car periods.

But then Charouz’s Guilherme Samaia beached himself in the Luffield gravel trap and the safety car was out once more, enabling four cars to pit for medium tyres with eight laps to go.

MP Motorsport’s Richard Vershoor was quickly able to make up the places lost during his pitstop, and placed himself in the top 10. He finished there, meaning he started the second sprint race from reversed grid pole.

On the contrary, Matteo Nannini, Bent Viscaal and Jack Aitken were unable to take advantage of this strategy, finishing in 15th, 16th and 17th respectively.

For the rest, it was a calm race with little changes in top 10 positions.

Felipe Drugovich and Theo Pourchaire were fourth and fifth, and Piastri took the points lead in sixth by taking fastest lap on the last lap from Shwartzman.