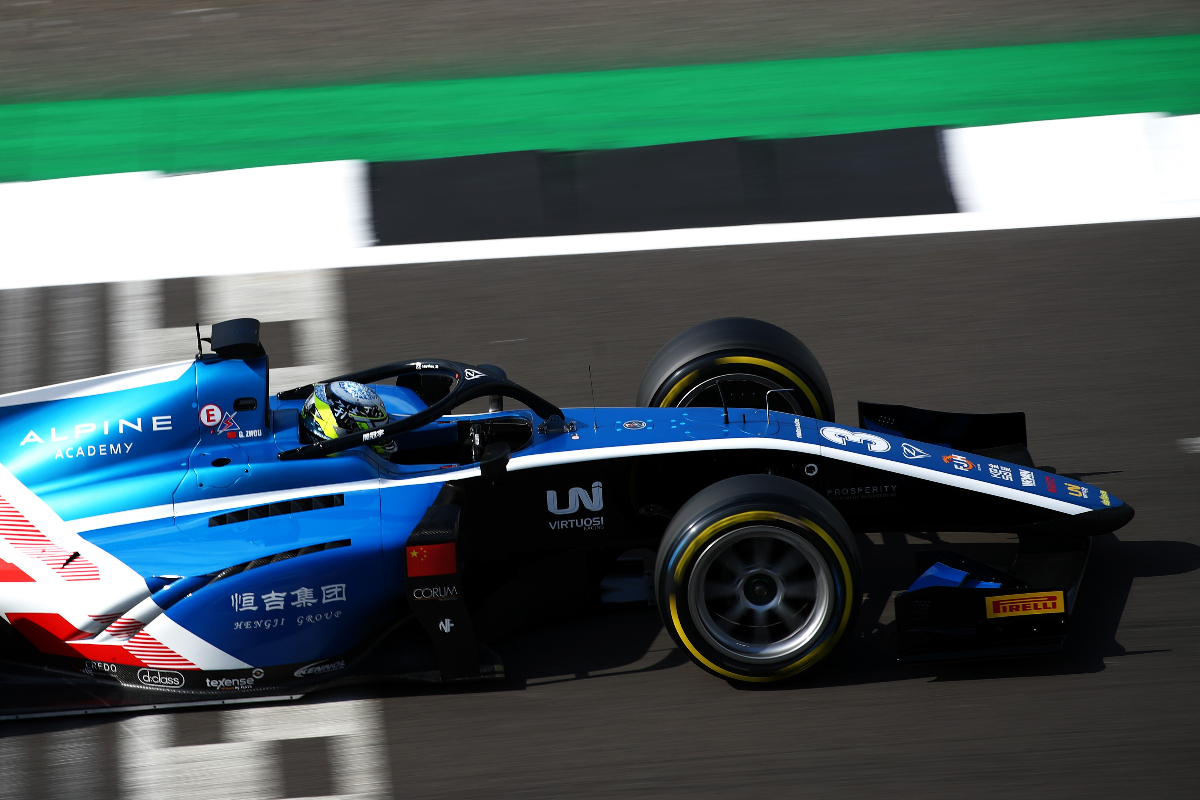 Formula 2’s top qualifiers say they don’t expect this weekend’s sprint races to have a focus on tyre management although temperatures could rise as high as 27°C.

A heatwave travelling across the south of the United Kingdom is set to break temperature records in some areas, and the second of F2’s Saturday sprint races is being held at the hottest point of the day.

The top three qualifiers however seem confident that the races should be pitstop-free, and tyre management won’t be a consideration on a track with lots of high-speed, high-load corners that often punish the tyres.

“Well, for me, compared to the previous years, essentially the tyres are holding up quite good,” said F2 points leader Guanyu Zhou, who qualified second, after being asked by Formula Scout.

“Even thoiugh I realise that I think last year I almost forgot before my engineer mentioned to me on the track walk that [last year] in the last lew laps there was a safety car, so a lot of people boxed and it’s actually a lot better.

“But to be honest it’s for [this race I expect] there’s no-stop race, all the way to the finish. Unless something happenning with safety car, then it plays out with pitstops.”

Poleman Oscar Piastri has never raced at Silverstone in F2 before, and said there were greater considerations than tyre wear.

“I’m looking forward to the hotter temperatures personally, I think that’s usually where we’ve been strongest so fat this year,” he said.

“I think from where the top three is starting, like myself, Richard [Verschoor] and Zhou, our biggest issue is to trying to get in front of people rather than having to manage the tyres. I guess we’ll see, but I don’t think it will be a pitstop required.”

Last year’s sprint race featured pitstops as the field was led through the pits during a safety car period, which gave people the chance to pit with minimal time loss. There was also worries after late-race tyres delaminations occurred in Formula 1.

“I’ve never raced here with F2, so it will be a bit to see tomorrow what happens,” Richard Verschoor added after qualifying third.

“But I do think this track is quite impressive on tyres. So it can make it interesting. I think the left-front will struggle a bit, but we will find out tomorrow.”

Verschoor was also asked about his F2 future, as he’s raced on a round-by-round deal so far, and was coy with his answer.