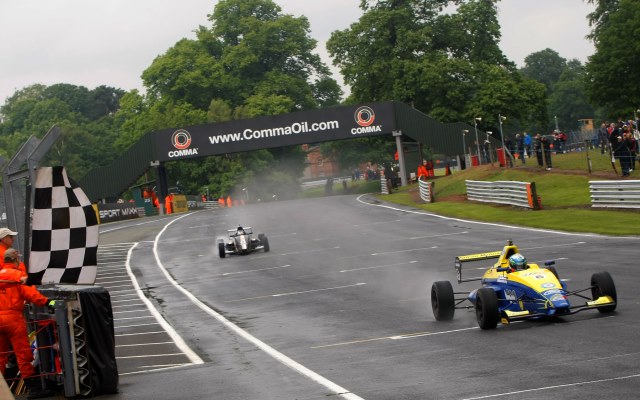 After starting on pole, Scott defended his lead strongly at the start and built up a lead of over one second on the first lap, but then spent much of the rest of the race defending from Kruger. Scott had enough in hand though to win by 0.9 seconds.

The win would have eliminated Scott’s three-point gap to championship leader Kruger, but Kruger bagged the fastest lap of the race and the associated bonus point to remain ahead.

The leading pair dominated the race, finishing 18 seconds ahead of the battle for third. Sam Brabham took the final podium spot on the final lap, but only after locking up and missing the Knickerbrook chicane and rejoining ahead of Juan Rosso. He was given a one-second penalty that dropped him behind the Argentinian.

Andy Richardson finished fifth ahead of Max Marshall, who inherited sixth after a spin for James Abbott. Ricky Collard was seventh ahead of Ashley Sutton, Chris Mealin and Connor Mills.