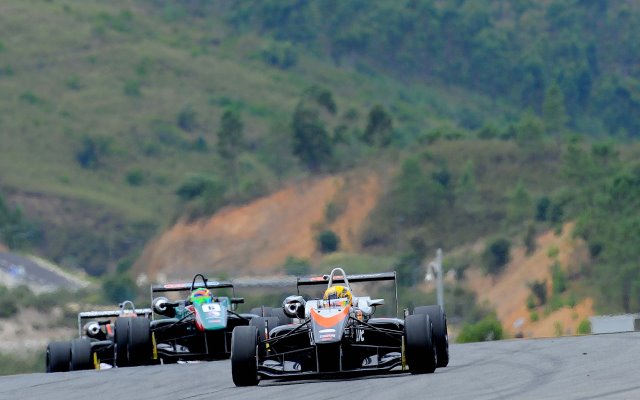 Locking out the front row, RP’s Sandy Stuvik and Janosz made a perfect getaway and controlled the first part of the race. Behind them however, Cameron Twynham had to defend from the charging Yu Kanamaru and Alex Palou, with the latter damaging his front wing in an overtake attempt but being able to continue.

Various incidents in the first couple of laps forced several drivers out of the race including Yarin Stern, Che One Lim and Nicholas Pohler.

A collision between Damiano Fioravanti and Henrique Baptista triggered a safety car period which made the lead of Stuvik and Janosz disappear. More importantly, Stuvik had to visit the pits because of a gear problem, which made him lose his first position.

When the race restarted, Janosz easily kept his lead and completed a faultless race. Twynham, on the other hand, was overtaken on the main straight by both Kanamaru and Palou, who eventually finished second and third respectively.

In?the final laps, Twynham also had to defend from Konstantin Tereshchenko, however, he was able to keep fourth with the Russian recording his best result by finishing fifth.