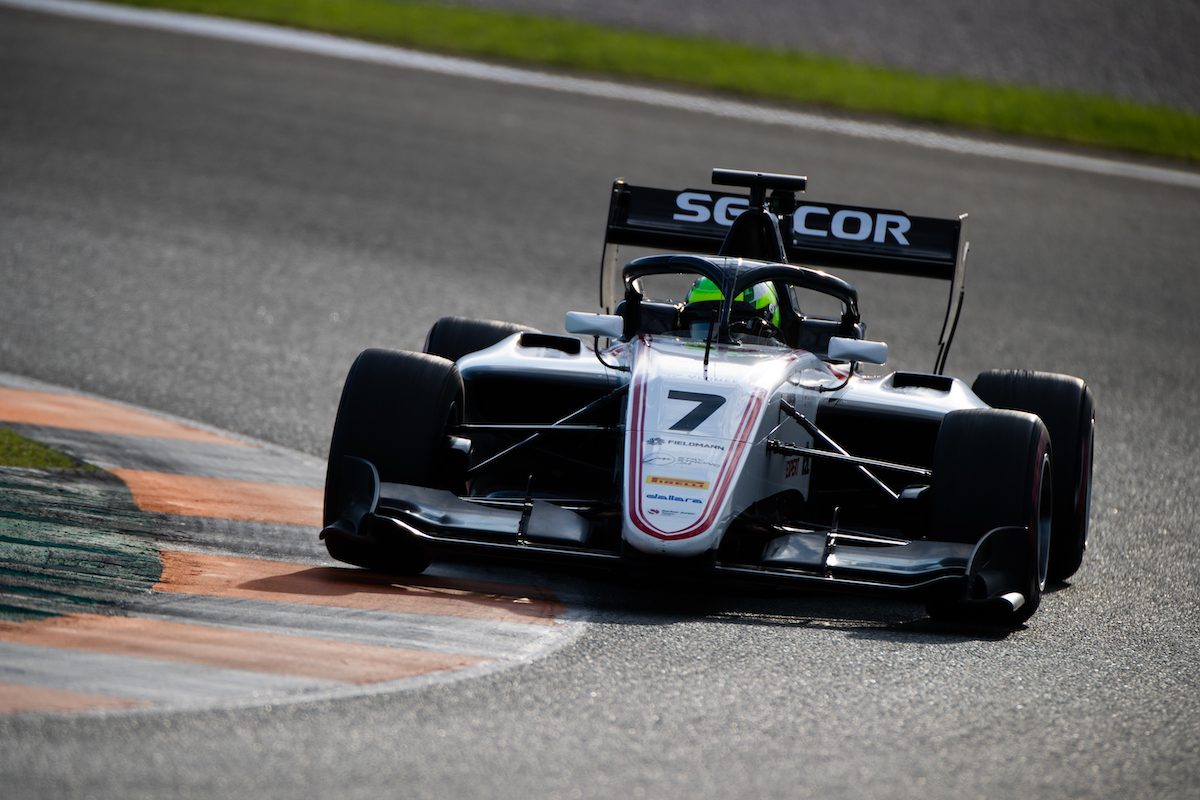 Rookies Igor Fraga and David Schumacher will be joined by series veteran Niko Kari in the Charouz line-up for the 2020 FIA Formula 3 season.

Fraga and Schumacher step up from the Formula Regional European Championship where they finished third and fourth overall respectively in 2019 with four victories each.

They were the best drivers from outside of the dominant Prema squad, competing for DR Formula and US Racing respectively.

Schumacher, son of six-time Formula 1 grand prix winner Ralf and cousin of Formula 2 racer Mick, made his FIA F3 debut with Campos in the 2019 season finale in Sochi.

He and esports champion Fraga both ran with Charouz in the post-season test in Valencia, with Fraga also appearing for Carlin.

Schumacher went on to appear in the Macau Grand Prix with the team, while Fraga currently leads the Toyota Racing Series with M2 Competition.

“It is a competitive series and a very professional environment – running at the same events as F1 is kind of crazy to think about.

“I just can’t wait to start my season. This year is about the process of learning. Of course, the goal is always to win a race, but I am not underestimating the challenge ahead either. I will give my best and push to achieve my goals.?

Schumacher, whose father’s US Racing team has close links with Charouz, added: ?I feel really happy and grateful to make the step up to FIA Formula 3 full-time with Charouz.

“I drove two events at the end of last year and that was good preparation for the season ahead. I got to learn more about the car, and that?s valuable as we don?t have many practice opportunities during race weekends.

“I think we can make a step forward this season and I will try and finish as high as possible.?

Former Red Bull junior Kari will enter his fifth season at F3/GP3 level, his fourth on the F1 support bill after stints with Arden, MP Motorsport and Trident.

?I?m really looking forward to this year,” he said. “It will be a nice challenge to go and fight for podiums and why not for the championship as well? It?s going to be an interesting journey with Charouz and I?m sure we can work well together.

“I want to improve myself as a racing driver and Charouz is a very professional team. I?m hoping this can be the start of a long-term relationship and that we can make a good season out of it.?

Charouz, which finished eighth of the 10 teams in the 2019 FIA F3 standings, becomes the fifth outfit to finalise its 2020 line-up after ART, HWA, Prema and Hitech.