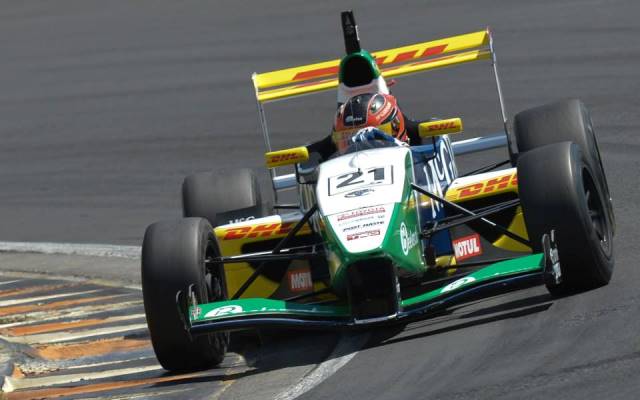 The Dutchman, who came into the campaign as a title favourite but suffered a series of misfortunes during the opening three rounds, led from the reverse grid pole position until the chequered flag.

M2 Competition team-mate Egor Orudzhev held second place early on until he was passed by Damon Leitch, who made great progress from sixth on the grid. Leitch set the fastest lap late on, but still finished 3.1 seconds behind Schothorst.

Orudzhev held off pressure from Andrew Tang to secure his second podium finish of the weekend. Matt Rao finished fifth, as he did in race one.

James Munro held sixth for most of the race under pressure from Robin Hansson, until falling back to 15th on the last lap. Hansson inherited sixth ahead of Dennis Korneev,?Macauley Jones and Matevos Isaakyan.

Race one winner and points leader Jann Mardenborough started fourth but went backwards at the start, finishing up tenth. That was enough for him to keep the points lead, just three ahead of Tang. Leitch and Orduzhev are also within 20 points of the leader with four races remaining.