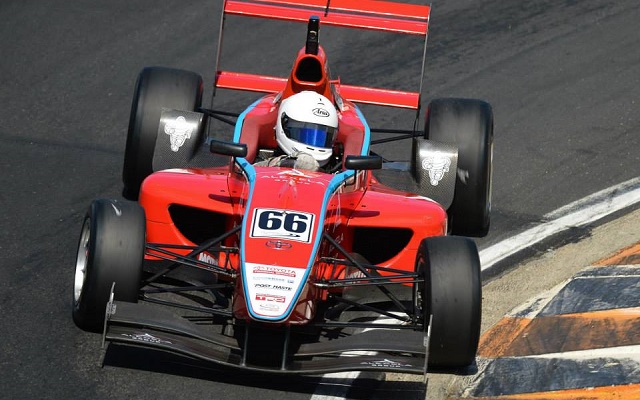 Following two tough opening races of the penultimate round of the Toyota Racing Series season at Hampton Downs, Martin Rump has bounced back with a win in the final race of the weekend.

Rump will be taking home the NZ Motor Cup trophy after a stellar drive from pole position. The Estonian kept the lead following the sole safety car period of the race and maintained a consistent gap over nearest rival Andrew Tang until the checkered flag.

Tang himself came close to losing second during the restart, when he was beaten to the line by championship rival Jann Mardenborough, yet the Singaporean managed to reclaim the position into the first turn. Mardenborough then slipped back behind Egor Orudzhev, who promptly defended third place until the end of the race.

Tang will come into next week’s season finale at Manfeild with a ten-point lead over Mardenborough. Orudzhev, Damon Leitch and Rump are off by 24, 29 and 59 points respectively.

* Neil Alberico was placed behind the non-finishers in the official classification due to having caused the first-lap incident that brought out the safety car.