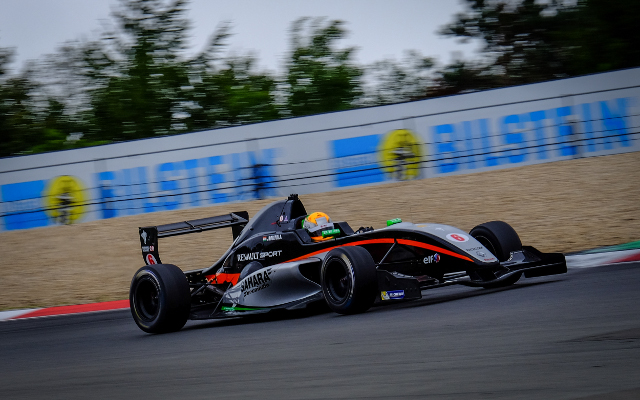 Ukyo Sasahara and Jehan Daruvala set the pace in the free practice sessions ahead of the penultimate Formula Renault 2.0 NEC round of the season at the Nurburgring.

The first session was held in damp conditions, with the best time from Sasahara being a 2m08.149s.

The Force India protege was more than half a second clear of second-placed Louis Deletraz, who can wrap up the title this weekend if he outscores team-mate Kevin Jorg by seven points.

Third quickest was Stefan Riener, who has lined up for Fortec Motorsports for this weekend instead of his usual Koiranen squad.

Jorg was fourth and Sasahara the last driver within a second of Daruvala’s pace in fifth.

In the first session, Sasahara was half a second clear of Nikita Mazepin, with the British pair of Colin Noble and Alex Gill rounding out the top four.