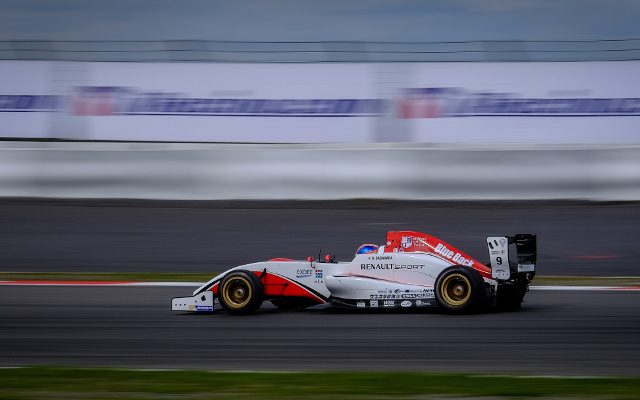 The first of the 20-minute sessions began on a wet track, but following a red flag period for an incident involving Dries Vanthoor, the times improved enough for Sasahara to set a pole time underneath the morning practice pace.

He improved to a 1m56.096s on his final lap to cement first place, as Deletraz climbed to second ahead of Josef Kaufmann Racing team-mate and chief title rival Kevin Jorg.

Top rookie Max Defourny was shuffled back from second to fourth behind the Swiss duo in the closing stages.

Nikita Mazepin was eighth for JKR in front of Koiranen’s Dan Ticktum and AVF’s Josef Zaruba.

Deletraz had the upper hand on Sasahara in the second session, overturning his one-tenth deficit to the Japanese driver as he set a 1m55.518s to take pole.

Jorg had to settle for fourth in Q2 behind an improved Daruvala. Defourny and Oskoui will form row three ahead of Riener and Mazepin, with?Alex Gill?and Ticktum sharing row five.

Vanthoor – who took his first car racing win last time out at Assen – didn’t return to the track for the second session, which was also missed by Koiranen’s Bruno Baptista.