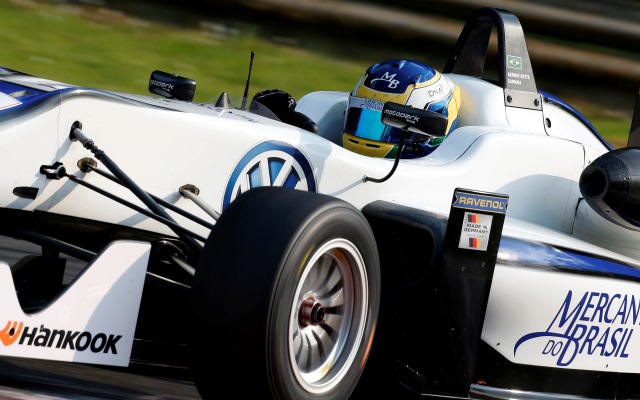 Sergio Sette Camara set the fastest time of the two practice sessions on Friday for the Masters of Formula 3 at Zandvoort.

Callum Ilott was fourth-fastest but his session ended in the wall due to a wheel failure, joining Antonio Giovinazzi and Zhi Cong Li in causing red flags during the session.

The top ten was completed by Raoul Hyman and Pietro Fittipaldi.

After only completing four laps in the first session, Giovinazzi rebounded by going fastest in second practice, however, he fell short of Camara’s benchmark by three tenths.

The Italian was narrowly ahead of Maini, while the following order was Sette Camara, Ilott, Jeffri, and Russell.

MacLeod and Lorandi set identical times in seventh and eighth as Pommer and Ryan Tveter made it to ninth and tenth.

F3 debutant Dennis Olsen showed good improvement during the day to end up 12th, while Euroformula Open regular?Yarin Stern was 17th in both sessions in his first top-line F3 appearance.