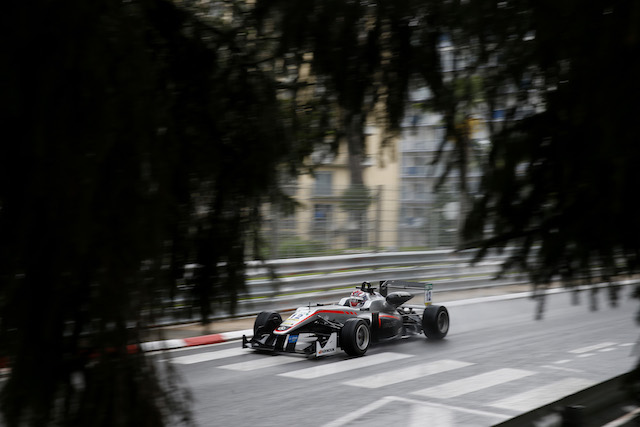 In yet another wet session on a rain-filled Friday, British driver Russell?went from fifth to first with his final lap in his group, denying?Sergio Sette Camara a first series pole of his own.

Sette Camara himself had only just gone onto top spot, with Lorandi slipping to third in group and fifth on the grid. He goes to pole for race three however, ahead of Sette Camara and Russell on second-best times in his group.

Callum Ilott?will start alongside Russell for both races, topping the earlier Group B session on best times but on second-best times coming only third behind Prema’s?Lance Stroll and?Nick Cassidy,?who took?fourth and sixth for race two.

Ralf Aron will be seventh for race two ahead of?Mikkel Jensen, Ben Barnicoat and?Anthoine Hubert, but the Estonian failed to make the top 10 for the Grand Prix, with Barnicoat and?Ryan Tveter moving up to seventh and ninth respectively.

Championship leader?Maximilian Gunther was quickest in the second group when he crashed and caused a red flag, and will be near the back of the grid for both races.