We shine the spotlight on Belgian junior Alessio Picariello, who remains unmatched in this year’s ADAC Formel Masters…

He’s undeniably been one of the pre-season favorites in the 2013 ADAC Formel Masters? lineup, yet, five rounds in, it’s safe to imagine Alessio Picariello already surpassed most expectations with his second year in the series. The Belgian has amassed a 90-point lead with only three races to go, has nine victories to his name this year and has only once qualified outside of the front row. His association with Mucke coupled with his performances means Picariello’s future looks bright as the youngster appears set to add his name to the elite list of ADAC Formel Masters champions.

Picariello, 19, was born in Montemarano in Southern Italy. Having partaken in his first race in 2001, most of his karting career was primarily Belgium-based. He bagged his first major title in 2004, winning the Belgian championship in the Mini class. Moving up the class ladder, he’s become champion of Belgium among KF3 drivers in 2007 and, subsequently, in 2008. In 2009, he was fourth in Belgian KF2, also making strides in European karting. 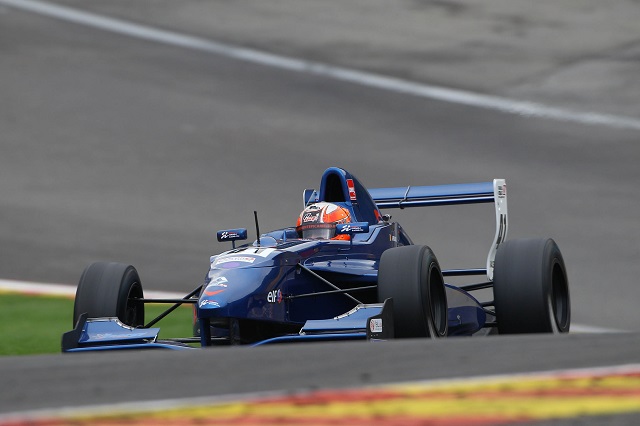 A move to the main class was obviously on the cards, and SL brought Picariello into a full-time seat for 2011. The grid, however, was much stronger than in 2010 – with Red Bull juniors Carlos Sainz and Daniil Kvyat fighting out for the title, with appearances from the likes of Robin Frijns and Tio Ellinas. In that regard, the Belgian did very well. He was SL’s main hope and, after taking two rounds to adapt, was twice on the podium at Assen. He wouldn’t take any more top three finishes for the rest of the year, but finished a very respectable sixth in the standings overall.

While the ties to the German team were not severed in 2012, as Alessio did a number of guest rounds in NEC with them, Picariello did opt for a change of scenery, joining Schiller Motorsport in ADAC Formel Masters. In a sign of things to come, Picariello qualified in third in the opener at Oschersleben. Race one did go a bit wrong – the Belgian collided with Roy Nissany and received a drive through penalty, but in race two, Picariello got another chance at a first impression and was second at the line. Another good result came in race three with fourth.

The predictable rookie inconsistency was very much there. A middling round at Zandvoort yielded some points and so did the follow-up at Sachsenring, although a first lap collision in race one of the latter didn’t help matters. Then Alessio returned to form. At Nurburgring, he qualified on front row and then jumped poleman Jason Kremer into turn one, never to relinquish the lead again. The maiden victory was followed up by another podium finish in race two. It could’ve been three for three, but, in the reverse-grid race, Picariello took out Kuba Dalewski, failed to serve a drive through and was disqualified. At Spielberg, Picariello led race one, ultimately tumbling down to third, and then won race two from pole. 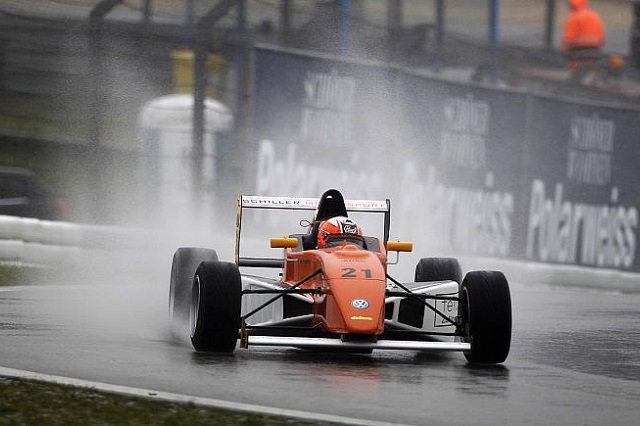 The rest of the season wasn’t quite so impressive. The Belgian only scored 22 points in three rounds – with the best performance being the reverse-grid race at the Lausitzring where he charged from ninth to fourth. He finished another series in sixth and so ended up staying in ADAC Formel Masters for 2013 – this time switching to Mucke Motorsport.

He entered the season as one of the favourites, expected to contest the title against Kremer and Visser, but it was not to be. A combination of a quick car and a driver on the best form we’ve seen of him yet resulted in the Belgian steamrolling the competition over the first five rounds. He took double pole at Oschersleben and won both feature races. He lost out to Kremer in qualifying at Spa, his home turf, but was back at it with ease in the races, taking another two wins. Another double pole followed at Sachsenring and that resulted in only one win due to a drive through penalty. And, while reverse-grid podiums proved somewhat elusive, it didn’t much matter for the standings, as he already had a confident lead.

Picariello found his main rival in teammate Maximilian Gunther at Nurburgring, where the youngster snatched pole away from the Belgian. However, in both feature races, experience prevailed on-track. The exact same thing happened a week later at Spielberg.

With three rounds to go, the Belgian could feasibly take the title at Lausitz, but that doesn’t appear too likely. At the same time, him somehow losing the title seems even more improbable, given his existing 90-points cushion over Gunther.

Talent rating: Picariello might be rather inconsistent, but his flashes of excellence are too brilliant to overlook. And, going by this year, consistency might not be such an issue anymore. In what is a strong ADAC Formel Masters field, the Belgian rules with an iron fist and he makes it seem easy. He’s quick, he’s a good qualifier and he’s an even better racer – and, despite his fair share of incidents and aggressiveness, he seems very smart and thinking in wheel-to-wheel this year. Those are the qualities that any team and any series will find very handy. 8/10

Chances of getting to Formula 1:?Picariello’s budget unfortunately appears to be pretty limited – that’s probably got a big part to play in why he is still racing at this level. Putting in such a good performance with Mucke Motorsport could allow him to step up to their European F3 team like Pascal Wehrlein did before, with the team’s partners Mercedes-Benz able to help out financially. Whatever happens he needs to attract some investment from somewhere to make it up the ladder, but his current form will only help in that respect. 6/10 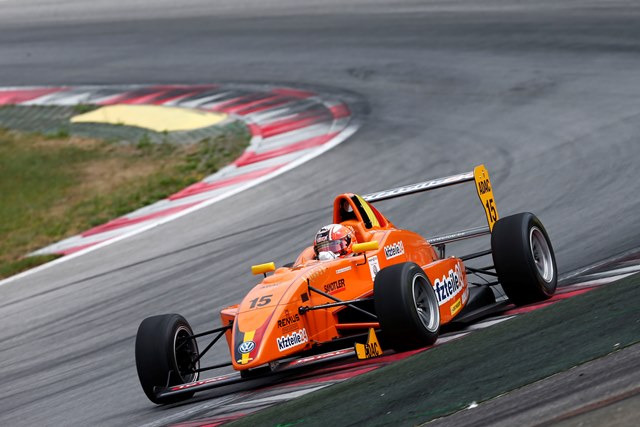 Marciello strolls to race one victory at Nurburgring