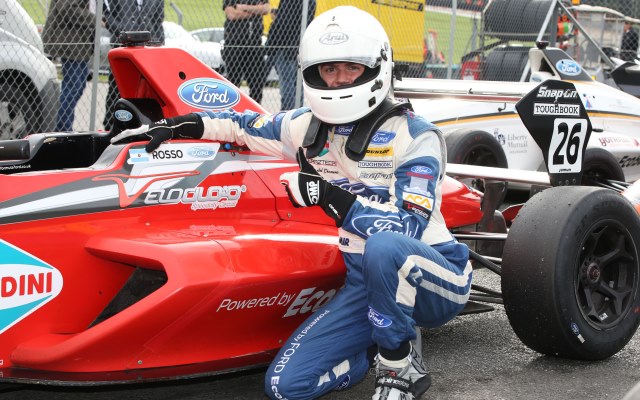 Starting this time from the front row of the grid, the Argentine youngster overhauled debutant pole-sitter Simon Rudd into Paddock Hill Bend.

Fellow Jamun Racing driver Jayde Kruger followed Rudd through but Rosso quickly built up a one second advantage and gradually edged away, taking the chequered flag 1.8 seconds ahead.

Harrison Scott secured his second podium of the day by passing James Abbott three laps from the end.

After slipping back to fifth, Rudd’s race came to an early end when he and Camren Kaminsky made contact on lap five. Sam Brabham and Andy Richardson came through to finish fifth and sixth respectively, ahead of Kaminsky.

Max Marshall lost his rear wing on the opening lap but held off Connor Mills for eighth, while Luke Reade again completed the top ten.