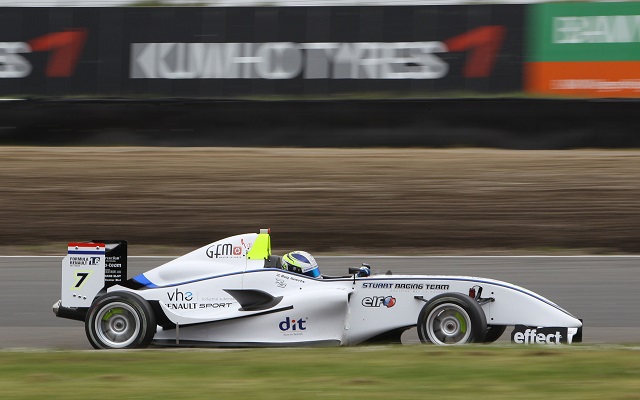 Starting from second, Geerts managed to steal the lead from Larry ten Voorde?early on.

The Dutchman was not able to pull away from his compatriot, but did not flinch under pressure, taking the checkered flag narrowly ahead of ten Voorde.

Championship leader Martin Rump took third, having passed Jan Schwitter on lap seven. The latter lost lots of time over the following laps, tumbling down to ninth. at the line.