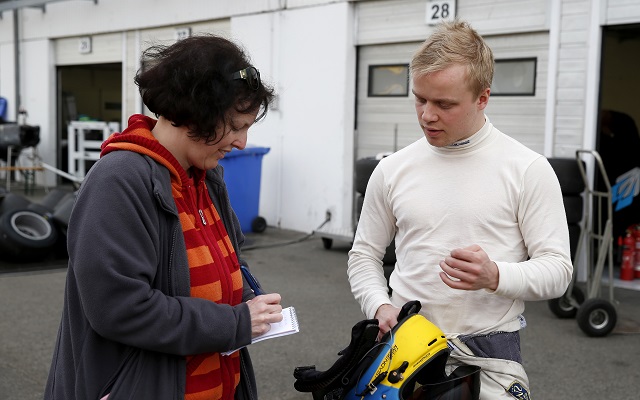 Mucke Motorsport’s Felix Rosenqvist topped the morning session of the second day of testing at Hungaroring.

Rosenqvist, who finished runner-up in the championship in 2013, took over at the top from Antonio Giovinazzi and led the session to the checkered flag.

Giovinazzi, who signed on with Carlin for 2014, settled for second at the flag, with day one pacesetter Max Verstappen just 0.005s off the Italian in third.