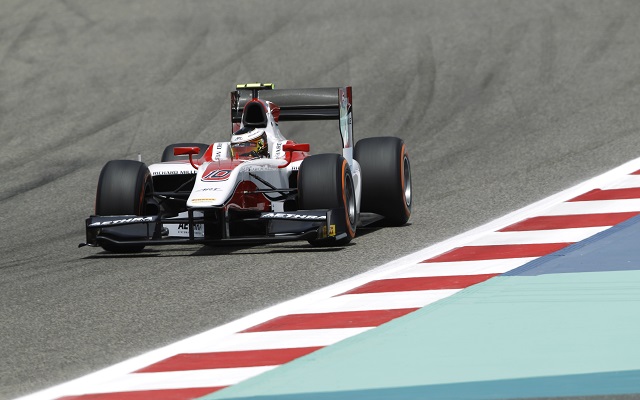 Stoffel Vandoorne claimed a superb victory on his GP2 debut in the first race of the 2014 season in Bahrain.

The ART driver took the lead at the start as pole-sitter Jolyon Palmer fell backwards at the start. He held off Stephane Richelmi in the opening laps until the safety car came out following a collision between Kimiya Sato and Axcil Jefferies.

At the restart, many drivers opted to make their pitstops but Vandoorne stayed out a few laps longer, helping him to rejoin with a decent gap over Palmer and Julian Leal, who both made up significant ground with quick stops as others fell back.

Vandoorne did not return to the lead until two laps to go, when Simon Trummer (who stalled on the formation lap and began from the pits) finally switched his harder tyres for softs.

Leal got past Palmer late on to finish in second place after starting 12th. Stefano Coletti finished fourth, scoring his first points since the Nurburgring round last July.

Arthur Pic was one of several drivers who were strong on the hard tyres late on, coming through to finish fifth on his debut and Campos Racing’s return to GP2. Another debutant Takuya Izawa started on the hards but was able to make up ground after switching to softs late in the race and finished sixth ahead of Trummer, who was able to surge past Felipe Nasr and team-mate Adrian Quaife-Hobbs after his late stop. Rene Binder was also quick at the end, taking ninth ahead of Quaife-Hobbs.

Mitch Evans, Rio Haryanto and Richelmi were in the mix for the podium places early on but struggled to keep the life in their tyres and slipped backwards to 14th, 16th and 19th respectively.