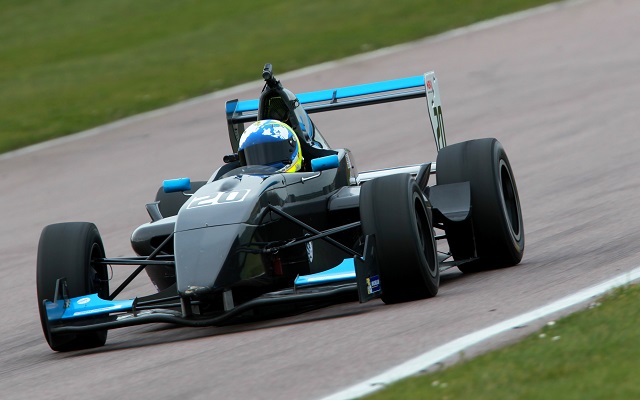 Italian racer Matteo Ferrer got the 2014 Protyre Formula Renault season off to the best possible start as he secured pole positions for all three races of the opening round at Rockingham.

His MGR teammate Pietro Fittipaldi lost out by less than two tenths in both sessions and will complete the front row in every race of the weekend.

While the first qualifying, which determined the starting order for races one and two (on second-best times), saw Alex Gill lead Colin Noble, Jr. on row two, the duo will switch places for the final race with Noble completing an MGR 1-2-3 on the grid.

Racing Steps Foundation-backed driver Ben Barnicoat took fifth for all the races. Scorpio’s Piers Hickin will line up in seventh for the first race behind Wolfgang Reip, with the two drivers trading places for the other two races.

MGR’s Tarun Reddy, CDR’s TJ Fischer and Hillspeed’s Dimitris Papanastasiou will complete the top ten on the grid on all three occasions, albeit in varying order between each other.