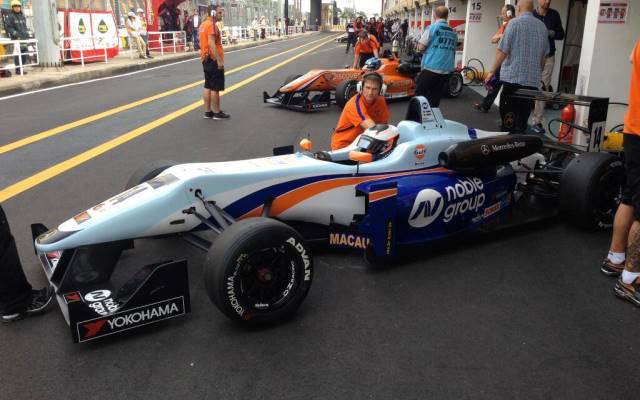 Felix Rosenqvist sits on provisional pole position for the Macau Grand Prix after setting the fastest time in first qualifying on Thursday.

The Swedish driver went to the top of the timing screens halfway through the 30 minute session, only to be displaced with five minutes left by Antonio Felix da Costa, who beat Rosenqvist to win last year’s race.

Rosenqvist improved however to regain top spot, going 0.111 seconds faster than Felix da Costa before the red flags came out with less than two minutes on the clock, bringing and early end to the session.

European Champion Raffaele Marciello was a frontrunner for most of the session but slipped to eighth by the end, while the top ten was completed by Kevin Korjus and Jazeman Jaafar.

Last year’s pole-sitter Alex Lynn had posted the fastest time of the morning practice session but crashed out in qualifying and ended up 26th of the 27 runners.