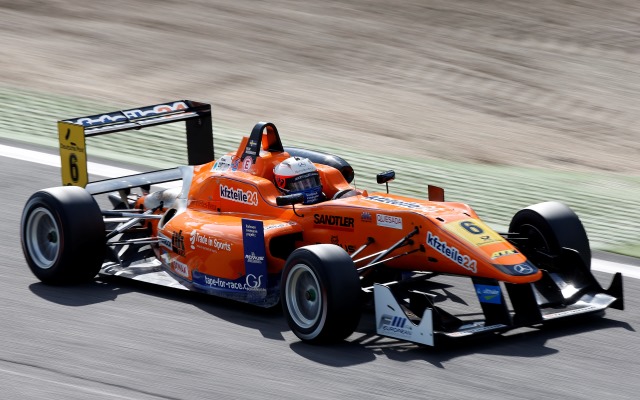 Felix Rosenqvist showed he’s got the speed to take the fight to Raffaele Marciello?in the race for the FIA F3 European Championship title this weekend at Hockenheim as he posted the fastest time in free practice.

Rosenqvist – who lies 45.5 points behind Marciello with 75 available in the final race weekend – went quickest in the first of the two sessions, managing a time of 1m33.692s.

That was 0.095 seconds ahead of second-placed Alex Lynn. Van Amersfoort Racing had a strong showing with their two drivers Sven Muller and Dennis van de Laar in third and fifth respectively, either side of Lucas Auer.

Marciello was sixth ahead of Nick Cassidy, who was the quickest of the five Carlin cars in the first session as he makes his debut for the team and his second series appearance of the year.

John Bryant-Meisner was eighth for Fortec ahead of Eddie Cheever and Pipo Derani.

Harry Tincknell was fastest in the second segment of practice, his time of 1m33.977s falling nearly three tenths shy of Rosenqvist’s benchmark. Lynn was again second with Cassidy doing even better than before in third.

Auer was fourth ahead of Jordan King and Tom Blomqvist. Nicolas Latifi was seventh ahead of Marciello, van de Laar and Cheever.