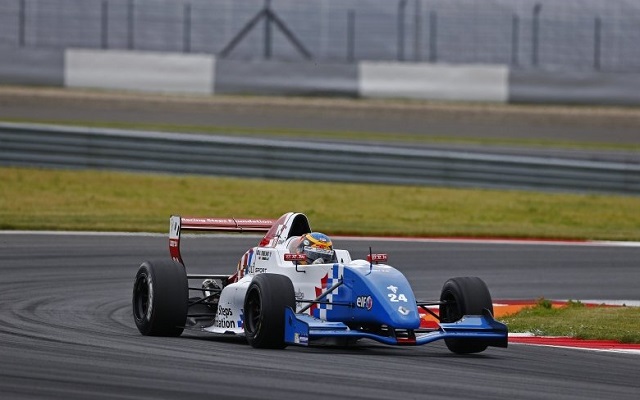 Title contender Oliver Rowland sent out a defiant message to his main championship rival Pierre Gasly, as he led the way in both practice sessions of the final race weekend of the Eurocup Formula Renault 2.0 season at Barcelona.

Gasly finished fourth and second fastest in session one and two respectively as nobody had an answer to Rowland. The Manor MP driver laid down a marker in the morning session, posting a time 0.456s clear of the next quickest car driven by Fortec?s Ed Jones. RSF’s Jake Dennis was third, while Koiranen’s Nyck de Vries rounded out the top five.

In the second session Rowland cleared Gasly by 0.305s, with the only other man still mathematically eligible for the title, Esteban Ocon, going third fastest. Fortec duo Jones and Dennis were fourth and fifth, respectively.

The Saturday qualifying is scheduled to kick off at 8:55 local time tomorrow, as Rowland will be looking to build up on today’s pace to subsequently eradicate Gasly’s 11-points gap.