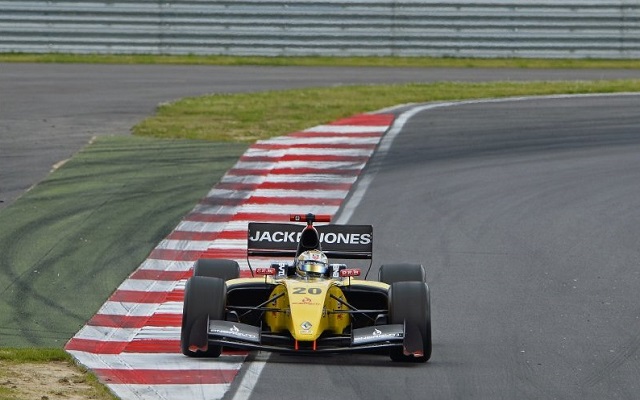 McLaren junior Kevin Magnussen remained unbeatable over Friday testing for the Formula Renault 3.5 Catalunya finale, as he narrowly beat Will Stevens to first in the closing stages of the race.

The Caterham academy driver was the only driver to challenge the Dane, briefly taking over at the top with a few minutes to go. However, Magnussen had enough time to retake first, which he did, clearing Stevens’ effort by a quarter of a second.