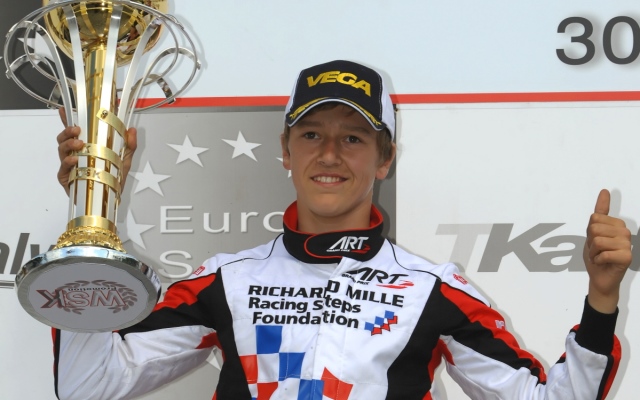 The 16-year-old will be one of four drivers fielded by Fortec Motorsport at the four race event on? Rockingham on 16-17 November. He will be joined by fellow karting graduate Martin Kodric, Protyre regular Hongwei Cao and Japanese driver Yosuke Yamazaki.

Barnicoat, whose karting achievements are led by the 2012 CIK-FIA European KF2 title, will follow in the footsteps of Lewis Hamilton, who made his single-seater debut at Rockingham in the 2001 Formula Renault UK Winter Series while supported by McLaren.

Cao finished the 2013 Protyre campaign in fourth overall driving for Fortec, with a race win at Rockingham.

?The Autumn Cup is a great extra addition to have at the end of such a competitive season, giving the rookies their first races and an opportunity to develop as a driver and, more importantly, develop their racecraft skills?, said Fortec team manager Daniel Mitchell.

?Having Cao back once again is great news, not only has he developed into a race winning driver this year but also as a leader. Both Ben and Martin Kodric have both shown promising pace in the little testing they have done to date, we’re looking forward to seeing how they improve. Yosuke is an exciting prospect, he is a proven race winner in the Chinese Formula Renault series so we can?t wait to see how he gets on.?