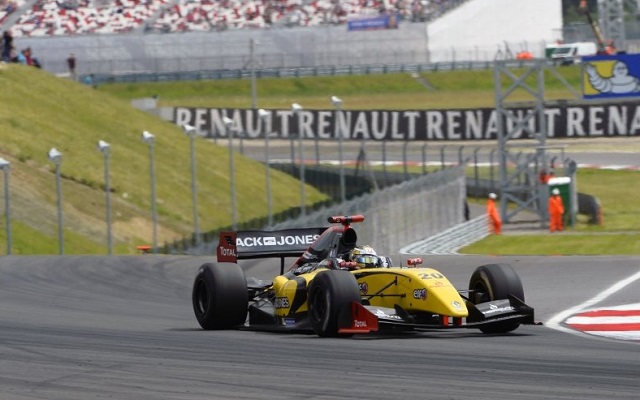 Formula Renault 3.5 championship leader Kevin Magnussen got off to a good start in the season finale at Circuit de Catalunya as he dominantly topped the first practice session.

The test saw a number of lead changes, with Magnussen battling title rival Stoffel Vandoorne for the lead in the opening stages. At halfway through, it was Arthur Pic who reigned supreme, however, as times began dropping, the initiative came back to Magnussen.

With 4 minutes remaining, the Dane put almost a second on his closest session rivals and wound up finishing first by 0.668s. ISR man Sergey Sirotkin put in a late effort to take second, while Magnussen’s DAMS teammate Norman Nato ended the run in third.

Vandoorne had to settle for fourth, leading Will Stevens (who made it into the top five after early session woes), Marco Sorensen and Pic.