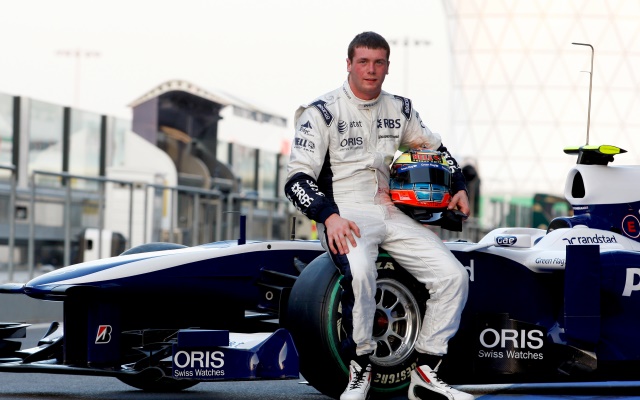 Dean Stoneman will make his return to single-seaters for the GP3 Series season finale at Abu Dhabi with the Koiranen team.

The British driver won the FIA Formula Two Championship in 2010 but was then diagnosed with testicular cancer.

He has returned to racing this season in the Porsche Carerra Cup GB, winning four races. This weekend he is contesting a Radical event at the Yas Marina circuit in preparation for the GP3 round on 2-3 November.

Stoneman replaces two-time 2013 race winner Aaro Vainio in the Koiranen line-up, joining title contender Kevin Korjus and Patrick Kujala. He will remain with the Finnish team for the post-season test in Abu Dhabi in the following days.

“I can?t wait to get back to this type of racing,” said 23-year-old Stoneman. “The last time I was in a single-seater was in the Williams F1 car in 2010 for the rookie test in Abu Dhabi. It will be special to be part of the F1 race weekend and the atmosphere that goes with it. I really want to thank Koiranen for the chance and its something I?m going to grab with both hands.

“In 2010 I had the world at my feet. I was FIA F2 Champion and enjoyed a successful test with Williams and life couldn?t be better. I had just signed to be Daniel Ricciardo?s team-mate in Renault World Series when I received the hammer blow and my racing and life was put on hold for two tough years. Returning to Abu Dhabi will be very special indeed.”

Koiranen boss Afa Heikkinen commented: “We are very happy to welcome Dean in Koiranen GP, and it has even more impact for him to return on the last circuit he?s been racing on. We are not expecting any results this weekend, we just want him to get used to single-seaters again. He will then have two full days to decide if he feels better in a single-seater or in a GT car.”