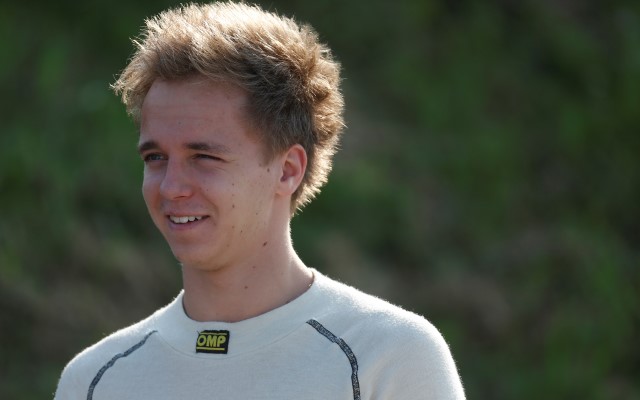 Kevin Korjus and Stefano Coletti will contest this weekend’s FIA F3 European Championship season finale at Hockenheim with different teams to the ones they will race with in next month’s Macau Grand Prix.

The pair have signed up for the end-of-year classic with the Double R and EuroInternational squads respectively, but were required to do an F3 race beforehand in order to qualify for the event.

At Hockenheim, Korjus will replace Alexander Sims in T-Sport’s lead car. Sims claimed five podium finishes from four weekends with the team and will return for Macau, but the McLaren GT driver has a clashing commitment this weekend.

Coletti was expected to drive EuroInternational’s second car but, according to Autosport, has instead agreed to race for Ma-Con. The German outfit lost their lead driver Sven Muller to Van Amersfoort Racing two rounds ago.

Korjus and Coletti are in the middle of breaks in their respective campaigns in GP3 and GP2, which will resume in Abu Dhabi on 2-3 November with the duo both holding mathematical title chances.

There is one other driver change in the F3 field this weekend with Nick Cassidy joining Carlin in place of Daniil Kvyat, who has commitments elsewhere with Red Bull.

Roundup: Marciello closes in on title with two Vallelunga wins