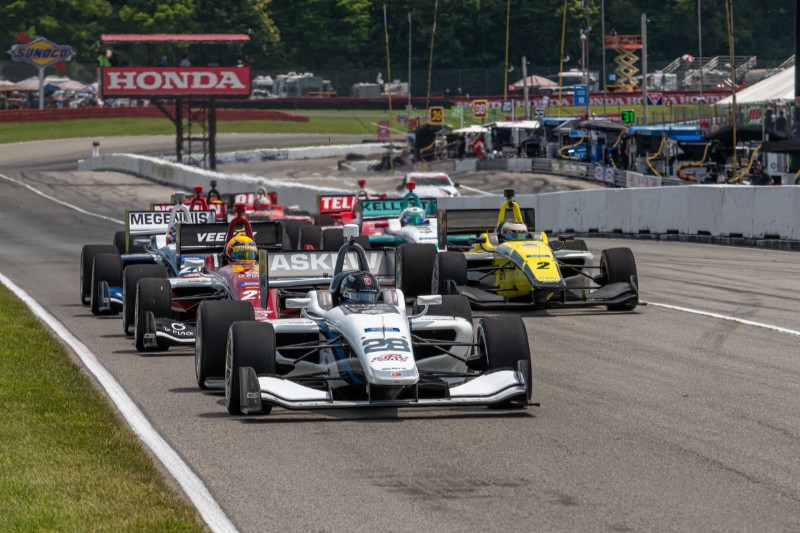 The cancellation of IndyCar’s Honda Indy Toronto race as a result of the coronavirus pandemic has led to the supporting Road to Indy adjusting its calendar.

Indy Lights, Indy Pro 2000 and USF2000 were set to race alongside IndyCar on the streets of Canadian city Toronto on the July 9-11 weekend, but permits are still not being provided to major events and as a result racing can’t take place.

To make up for the loss of the trip to Canada, where each of the support series would have held two races, there will now be a double-header round for the Road to Indy at Mid-Ohio on October 1-3 to end the season.

“We want to thank our friends at Green Savoree Racing Promotions for accommodating us with an additional race date in early October,” said Dan Andersen, CEO of Road to Indy promoter Andersen Promotions.

The Road to Indy is already headed to Mid-Ohio on July 3/4, where USF2000 will hold three races.

“This will allow us to complete our West Coast-swing in September with Indy Lights at Portland International Raceway and WeatherTech Raceway Laguna Seca before we head into what now will be our finale for all three series. We will very much look forward to returning to the streets of Toronto in 2022.”

Junior single-seaters are still set to race on Canadian streets this year if Formula Regional America’s planned trip to Trois-Rivieres to join the Grand Prix de Trois-Rivieres bill on August 13-15 goes ahead. The Quebec city last held major single-seater racing in 2013, and was supposed to be on the FRegional Americas calendar last year before the pandemic led to the event being called off.

The FIA Formula 3 Championship and W Series have also had to adjust their calendars as a result of the French Grand Prix being brought forward by a week from June 27 to June 20. It will be the first W Series race since the 2019 seaon finale.