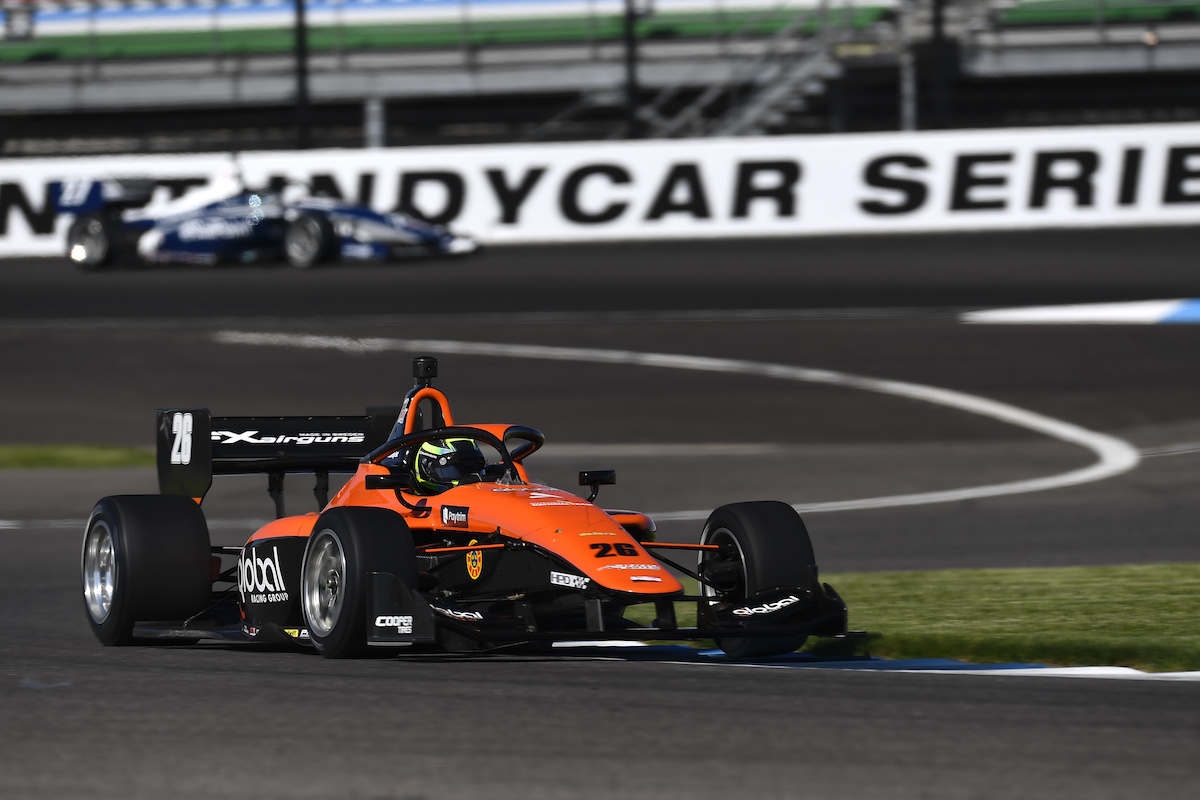 Lundqvist led all 30 laps from pole position on his way to his second win of the season, reclaiming the championship lead from his HMD Motorsports colleague David Malukas.

After keeping ahead of fellow front-row starter Toby Sowery at the start, Lundqvist’s lead was 0.7 seconds at the end of the first lap, but he was helped by the pressure that Malukas put Juncos driver Sowery under in the opening laps.

Sowery defended for several laps before Malukas got by on the way into Turn 1 on the fourth lap.

By now, Lundqvist was two seconds clear out front and was able to maintain that gap over the rest of the race.

Sowery finished six seconds back in third for his first podium of the season, and four seconds in front of Andretti’s Kyle Kirkwood, who took the escape road when he overshot Turn 1 with seven laps to go.

Earlier on, Alex Peroni had locked up at the same point and gone deep across the grass, costing him fifth place to Danial Frost and putting him under pressure from Devlin DeFrancesco, but he quickly recovered and regained fifth from Frost at half-distance.

From the back of the grid, Christian Bogle was putting Robb under pressure when he spun at Turn 1 in the first third of the race, costing him places to Benjamin Pedersen and Antonio Serravalle.