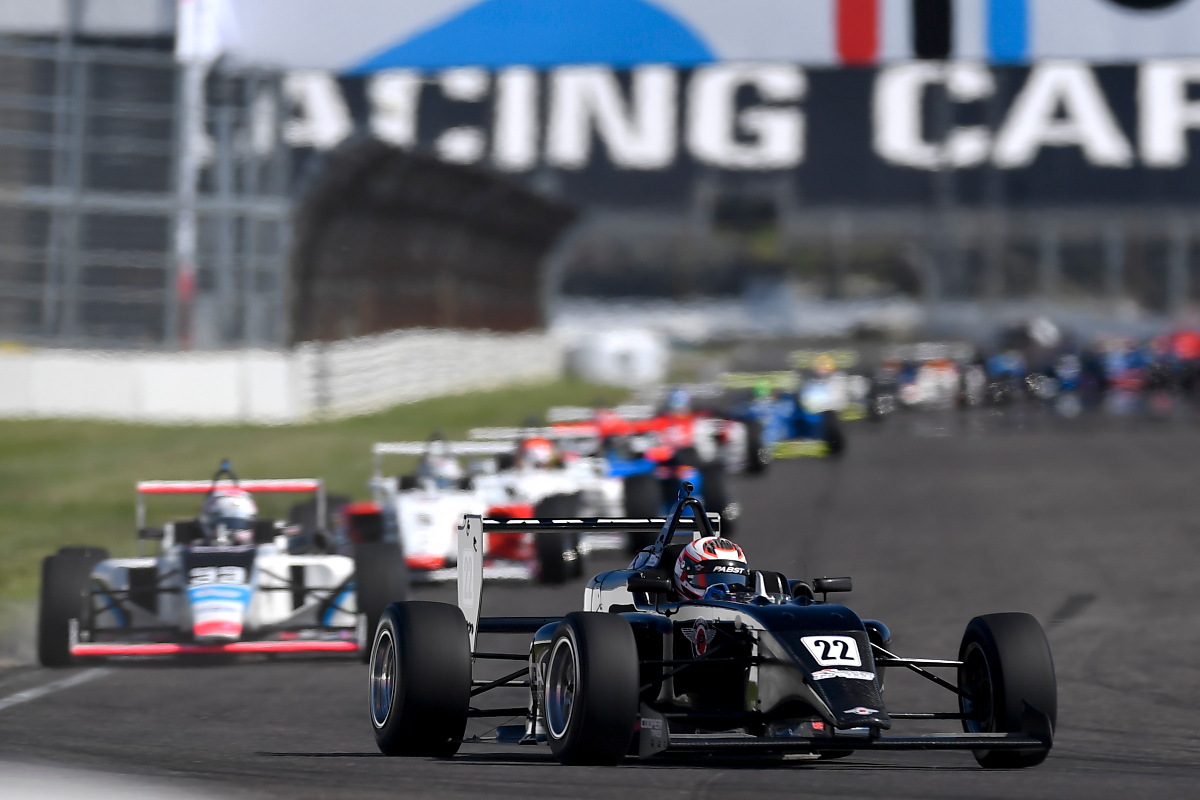 Sundaramoorthy’s second-fastest lap in qualifying earned him pole for race two of the weekend, and he led fairly comfortably through the race as team-mate Josh Pierson fought past Exclusive Autosport’s points leader Christian Brooks for second place on the opening lap.

DEForce Racing’s Kiko Porto charged from sixth on the grid to also pass Brooks early on, and the American later lost another spot to Cape Motorsport’s Michael d’Orlando as the Pabst drivers raced off ahead.

“For both races, all I kept saying to myself for the last few laps was ‘don’t throw it away!’” said Sundaramoorthy.

“It’s hard being out in front like that – when I’m leading, I’m more nervous. When I’m second, I have someone to chase and I’m focusing forward. When you’re leading, you have to know how much to push without going over the edge.”

There wasn’t too much action in the midfield besides a few drivers who charged up the order, with Jay Howard Driver Development’s Peter Vodanovich rising from 24th on the grid to finish 15th.

Brooks’ team-mate Matt Round-Garrido saw his title hopes diminish further as he finished 12th, and is now 11th in the standings.