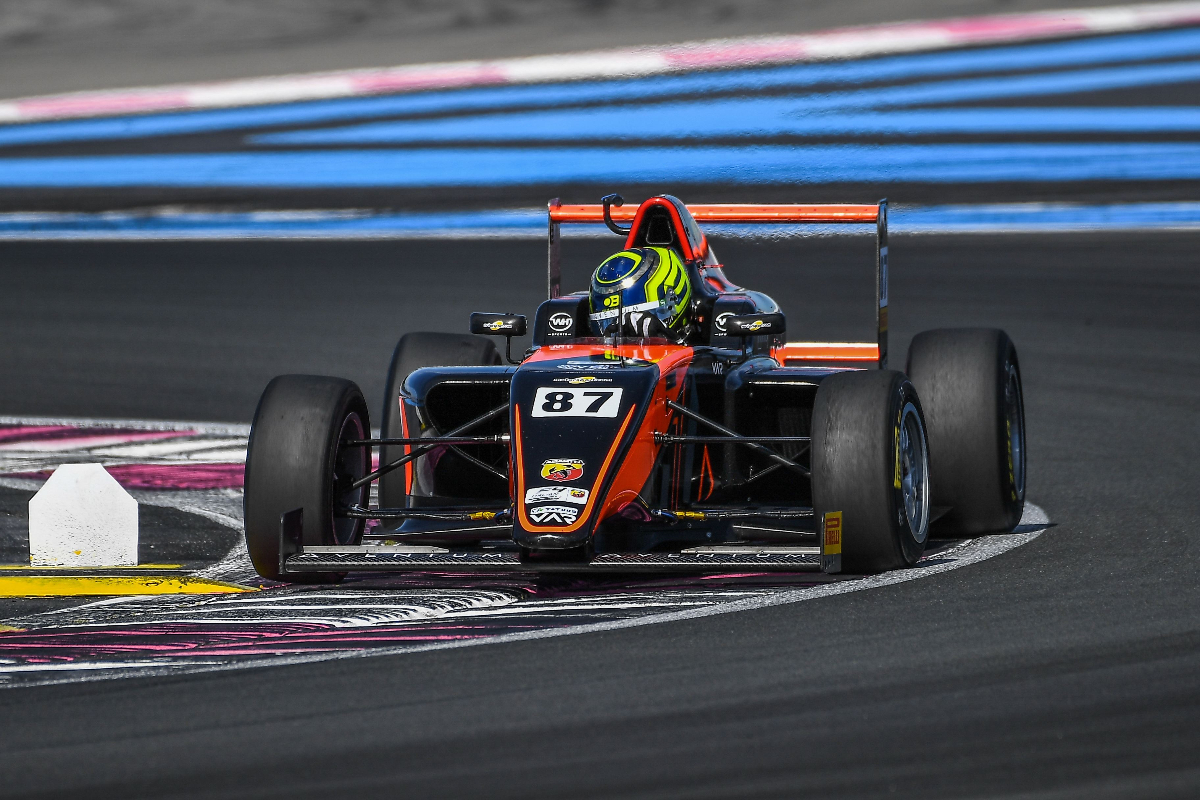 Prema driver Kirill Smal took pole in the first 15-minute session, but only going to the top of the times with 42 seconds left as it was US Racing’s Tim Tramnitz and Luke Browning who set the pace for much of the running.

The two team-mates towed each other around the circuit, and were also among the first out of pitlane, and with each lap got faster and faster until their crucial final efforts. Both failed to improve then, and Smal jumped up the order to snatch pole from Tramnitz by 0.135 seconds.

Van Amersfoort Racing’s Ollie Bearman pretty much matched the US Racing drivers throughout and ended up separating them in third place and 0.316s off pole. Browning, only 0.052s slower, ended up qualifying sixth behind Prema’s Conrad Laursen and his own team-mate Vlad Lomko.

Iron Lynx’s Leonardo Fornaroli was briefly in the top three but ended up half a second back in seventh, while Prema’s Sebastian Montoya opted to be one of the very last drivers on track and made use of the grippier surface to qualify eighth ahead of Victor Bernier (R-ace GP) and Joshua Duerksen (Mucke Motorsport).

That shuffled AKM Motorsport’s Lorenzo Patrese out of the top 10, and he was the second-best in the rookie classification, although it was AS Motorsport’s Kacper Sztuka who was the top true F4 rookie down in 21st place and 1.415s off pole.

Tramnitz started off on top in the faster second session, but was trumped by Bearman’s third lap which was the only sub-2m03s lap of qualifying and put him hald a second clear. Tramnitz and Browning got a little closer, but were still some way off, as were Montoya and Smal in fourth and fifth.

On second-best times though Tramnitz did earn pole for race three by a tiny 0.012s over Bearman, with Montoya a further 0.010s slower and with reigning Danish F4 champion Conrad Laursen two tenths behind in fourth.