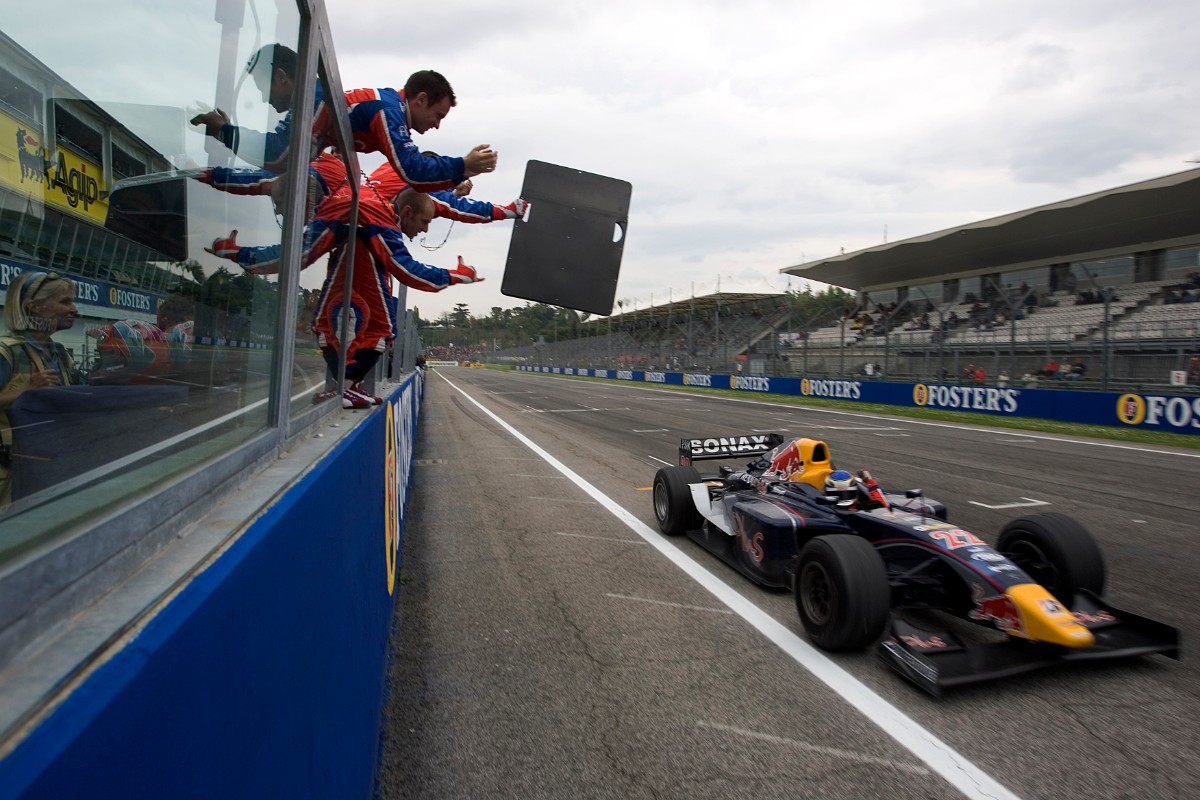 GP2 did not have an easy start back in 2005. Here’s how the inaugural race weekend in Italy went down

Departing pre-season testing, there was one solid conclusion that Arden’s Heikki Kovalainen was title favourite, and no real indication of the chaos that would ensue when the paddock reconvened at Imola a fortnight later.

Of course a heavy dose of drama is one of the only things you can expect with an all-new racing series, and GP2 delivered the best and worst kinds of mayhem through its first proper weekend of action.

Free practice was the first sign of issues, with only 18 of the 24 drivers – and three of those not even at a representative pace – setting a timed lap in the half-hour session. Journalists found following it all quite difficult, with a dispute from Formula One Management (owner of the series’ rights) resulting in a no timing screens or video coverage in GP2’s media centre.

A trip to the garages revealed every team had suffered mechanical issues, with well over half of the field reporting problems. Most were sourced back to the car’s electrics, a positive in that a common issue sped up the search for a solution, but an obvious negative in how widespread the problem was and that the design had actually been changed prior to practice. And what was the solution? Swap the failing fuses for the systems used in testing, just in time for qualifying later in the day.

Kovalainen had reason to smile though as the fastest driver, beating BCN Competition’s Hiroki Yoshimoto by 0.188 seconds.

Reliability had improved for qualifying, but there were still cars coming to a halt during the session, in which Kovalainen’s Formula 3 graduate team-mate Nicolas Lapierre beat Super Nova’s former Formula 1 driver Giorgio Pantano to pole.

Lapierre had been 15s off the pace in practice, and his ill fortune returned for the first ever race. As he exited the garage to set off to the grid, his car left a trail of oil and his day was done. The grid didn’t line up as it has in GP2 races since, with a single-file rolling start (due to clutch reliability fears) taking place behind the safety car and with Pantano at the front.

The experienced racer, twice a title contender in F3000, picked up from where he left off in junior single-seaters and streaked away into an easy lead. His victory hopes weren’t ended by unreliability at first, rather a rival team boss getting in his way during his pitstop. He soon had more to worry about, as he became one of many drivers seemingly unable to slow down at certain corners. First it was the electrics, now it was the brakes. No one had completed a full race run in testing, so the series was in unchartered territory.

On lap 33 of 37, Pantano stopped for a second time as his brakes gave up and Kovalainen inherited the lead. So frequent but spread out were the pitstops that it made for confusing viewing, especially when two cars were retiring per lap at times. In the end just 11 finished on the lead lap, with two others seeing the chequered flag. Yoshimoto, who had failed to set a qualifying lap, didn’t even have brakes to blame for his short race. He stopped with a steering issue and his luck didn’t return for months.

New leader Kovalainen wasn’t free of issues, but his second stint had been so immense that after his second trip to the pits he had a substantial gap to DAMS’ Jose Maria Lopez. The margin of victory over the Argentinian ended up being 6.802s.

The television audience wasn’t massively pleased with widespread unreliability, and there was fury in the paddock. GP2 was not an established entity, and therefore drivers and teams had already found gaining sponsorship difficult. Now potential sponsors had had their first look at the series and couldn’t even be sure if their logos would make it past half-distance in a race, some of the teams were not feeling confident about covering their budgets for the rest of the season.

They weren’t feeling confident about the inaugural sprint race either. This reversed grid encounter was a new concept at this level of single-seaters, and while it was shorter than Saturday’s race, there was little hope.

After a meeting with series boss Bruno Michel, it was agreed that the teams wouldn’t have to use the brake discs and pads from Carbone Lorraine for Sunday’s encounter and could use ones from Brembo instead – as had been used during the development of the Dallara GP2/05 chassis.

The sprint race featured more unreliability, although thankfully these were the usual teething troubles of a new car and series rather than the exceptional ones of the day before, but a rules loophole was quickly exposed when Lapierre saved the lifespan of his components by only setting out for six laps and taking fastest lap. The two points he gained there, as well as the two for pole position, meant he ended the weekend seventh in the points despite not finishing either race.

One highlight of the sprint race was Pantano’s Northern Irish team-mate Adam Carroll, who swashbuckled his way to victory with some great overtaking moves (more of which would be seen through the year). He’d had a shorter pre-season in the car than most, and was the last on the grid to confirm his place in the series.

His lack of preparation wasn’t an issue though as everyone was without experience, bar one exploratory lap, with the new brakes. Many were caught out by the brake bias they’d picked, and had to work hard to avoid lock-ups and spins, while Carroll strode from fourth to first and set himself up as Kovalainen’s closest title rival – and as a new star. 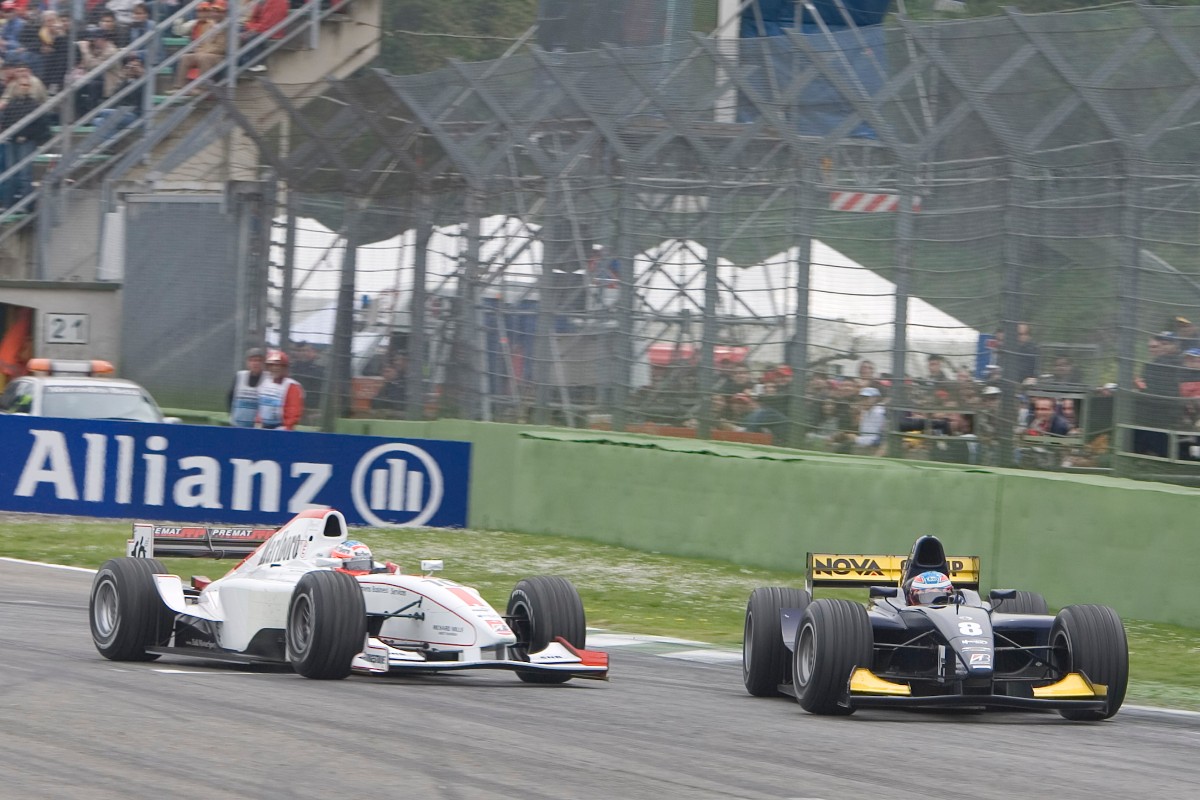 The strange story of the support series that supported itself