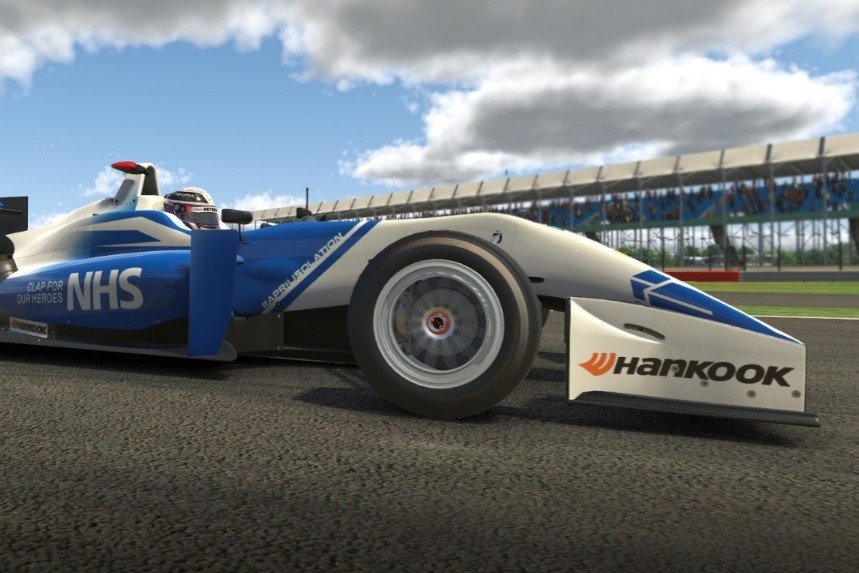 Many of the British drivers in the iRacing-based championship adopted the NHS livery as a tribute to the United Kingdom’s front-line workers in the fight against the coronavirus pandemic as they missed the weekly public applause due to racing.

The event itself was marred by multiple large accidents, and featured the debut for Formula 1-bound Nicholas Latifi.

The 64-car grid was split into two four-lap heats after qualifying, with the top 22 from each heat progressing to the eight-lap feature race.

Heat one started with a colossal incident that involved more than half of the field, including poleman Nico Varrone. Only a handful made it out unscathed, but iRacing enabled them to immediately relocate to pitlane and undergo repairs.

That left former Formula Renault Eurocup racer Ramez Azzam to dominate, while Bearman – this year’s IAME Winter Cup winner on his X30 Senior kart debut – finished ninth. It left those involved in the incident to fight for the final spots, with the likes of Latifi, Joe Turney, Liam Lawson, Felipe Drugovich and Sacha Fenestraz making it through.

Indian talent Muhammad Ibrahim started heat two on pole but ran wide on lap one at the fast kink. That put Eduardo Barrichello in the lead, although he had Johnathan Hoggard and junior karter Kacper Sztuka to contend with.

Barrichello won narrowly from Sztuka, while Ibrahim was involved in contact with Ferrari junior Dino Beganovic and Formula E racer Oliver Rowland at Turn 5. Hoggard rounded out the top three in a heat that also had the likes of Ed Jones and Franco Colapinto making it through. Ibrahim narrowly made it, while Rowland and the heavily damaged Ferdinand Habsburg did not.

The feature race was messy from the off, with a spectacular pile-up immediately splitting the field in two. Barrichello got the jump on Azzam, who was shortly punted off by Renault junior Caio Collet. Red Bull Jak Crawford then claimed second before spinning off.

It became a common theme for the driver in second to hit trouble. GT4 driver Alfred Nilsson rear-ended Drugovich while scrapping over second, gifting Varone that spot. Bearman moved into third, while Latifi and Fenestraz flew up into the top 10.

The safety car was controversially called out on lap five while Barrichello was controlling the race. After several laps under yellow, Varrone accidentally spun Barrichello, who hit another car as he rejoined the track. He was able to reclaim his lost positions ahead of a one-lap victory shootout.

The pair collided again at the restart, and sank down the order. Bearman ended up fighting former British Formula 4 racer Turney, who had gained 31 spots from his starting position, for the lead and held on to win by 0.173 seconds. 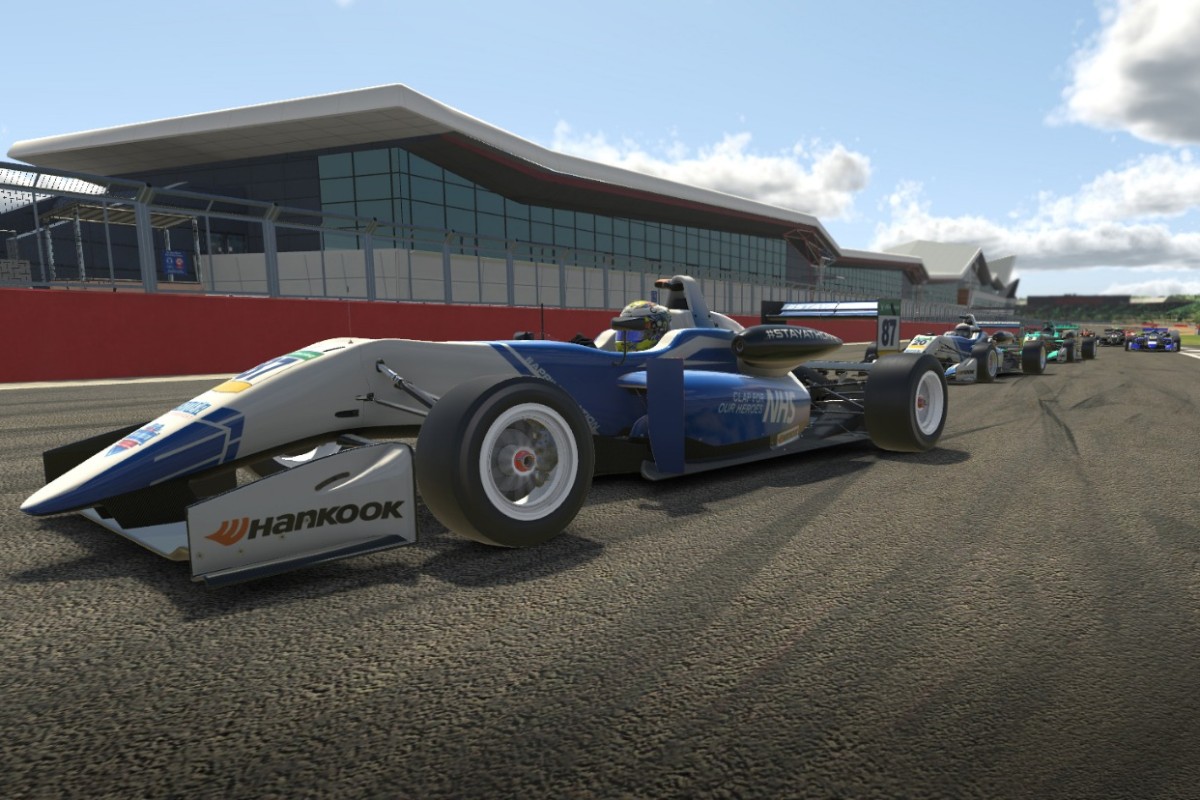