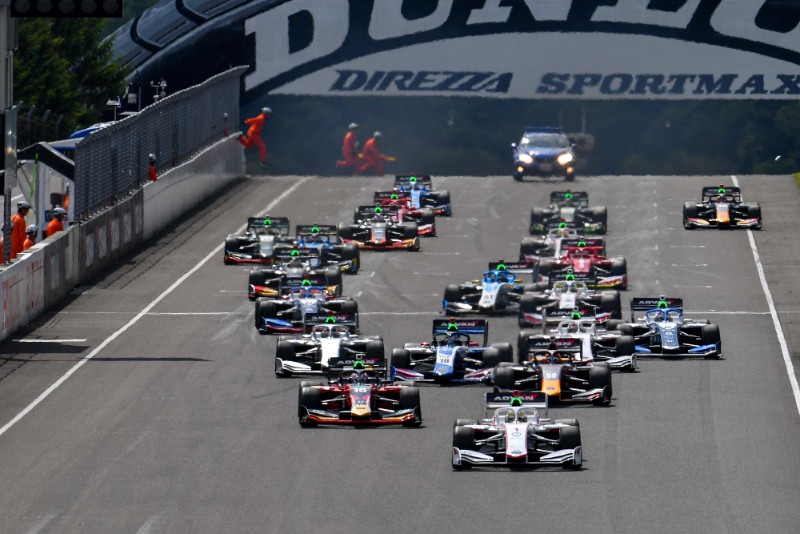 Super Formula has made its fourth race postponement of the year in response to the global coronavirus pandemic, delaying the Sportsland SUGO round originally scheduled for June 21.

The championship had already had to moved Suzuka season opener to the end of the season, and is yet to find new dates for its Fuji Speedway and Autopolis rounds.

Sugo therefore became the de facto season opener, with rumours that an additional pre-season test at the circuit would take place.

That is now off the table, with a circuit statement reading:

“Sugo Co., Ltd. announces the postponement of the ‘2020 All-Japan Super Formula Championship round 4 Sportsland SUGO’ scheduled to be held on June 20th and 21st in response to the spread of the new coronavirus infection.

“The alternative date will be announced as soon as it is decided.”

SF’s season is now down to four races, with no updates on the rescheduling of the Fuji race. Such a short season puts driver participation into question, as the series will not be eligible to administer its full FIA superlicence tally if its calendar does recover at least one fixture or make the remaining rounds at Twin Ring Motegi and Okayama double headers as has already been organised at Suzuka.

The superlicence points is key factor in Red Bull junior Juri Vips remaining in the series with Team Mugen.

The statement also read: “In addition, the ‘2020 Super Formula Lights Championship Rounds 9, 10, and 11’ scheduled to be co-sponsored is also postponed.”

Super Formula Lights, previously known as Japanese Formula 3, is provisionally down to just two race weekends at Motegi and Okayama.