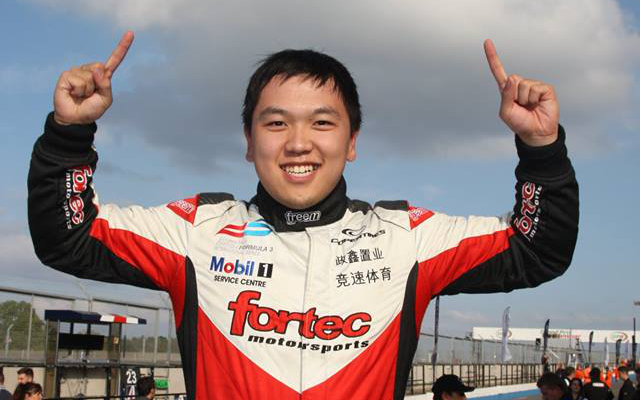 Matt Rao took another comfortable British F3 victory in the final race of the season at Donington Park, but couldn’t stop rival Martin Cao cruising to the championship crown.

Taking a 20-point advantage into the race and with just five cars in the field, Cao only needed to finish the race to guarantee himself the title. He therefore opted to pull into the pits at the end of the formation lap and start the race from there, rather than from his grid position of second and risk being involved in a race-ending incident.

He sat in fifth and last place for the duration of the race. At times, he had to drive two seconds a lap slower than Rao in order to keep himself at a safe distance behind the fight for third between Camren Kaminsky and Peter Li. He even closed to within a second of his fellow Chinese driver Li in the closing laps, before easing off further on the final tour as he made the chequered flag.

Starting from pole position, Rao set a series of fastest laps in the opening stages to pull away up front. He was able to then ease off on his lap times and still extend his lead to 13.643 seconds as he scored his fifth win of the season, one more than Cao.

Max Marshall was beaten into second place off the line by his Double R team-mate Kaminsky, but didn’t take long to get back ahead again and then pulled away, finishing 22 seconds ahead of the American. Kaminsky spent the rest of the race with Li on his tail, but did enough to take third place and complete the podium.