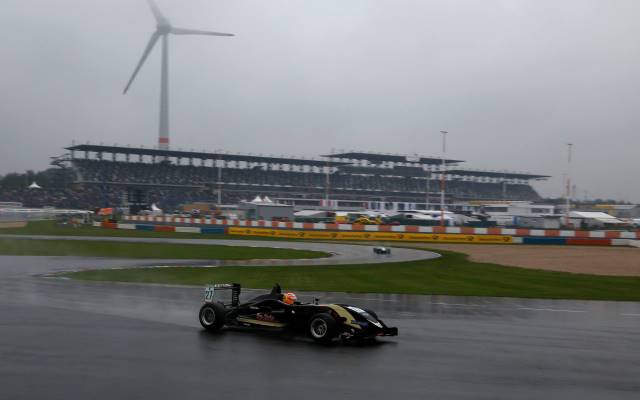 Markus Pommer took his tenth victory in the 2014 German F3 season after a dominant performance from the pole position in a delayed first race at the Lausitzring.

Pommer kept his lead after the start and confidently led the whole race in wet conditions.

Being the only one who was able to stay close to Pommer, Nabil Jeffri took second while Indy Dontje completed the podium.

A strong race from Nikita Zlobin saw him climb up from seventh to fourth, followed by Nicolai Sylvest, who was running third for a large part of the race, only to lose it due to a couple of mistakes.