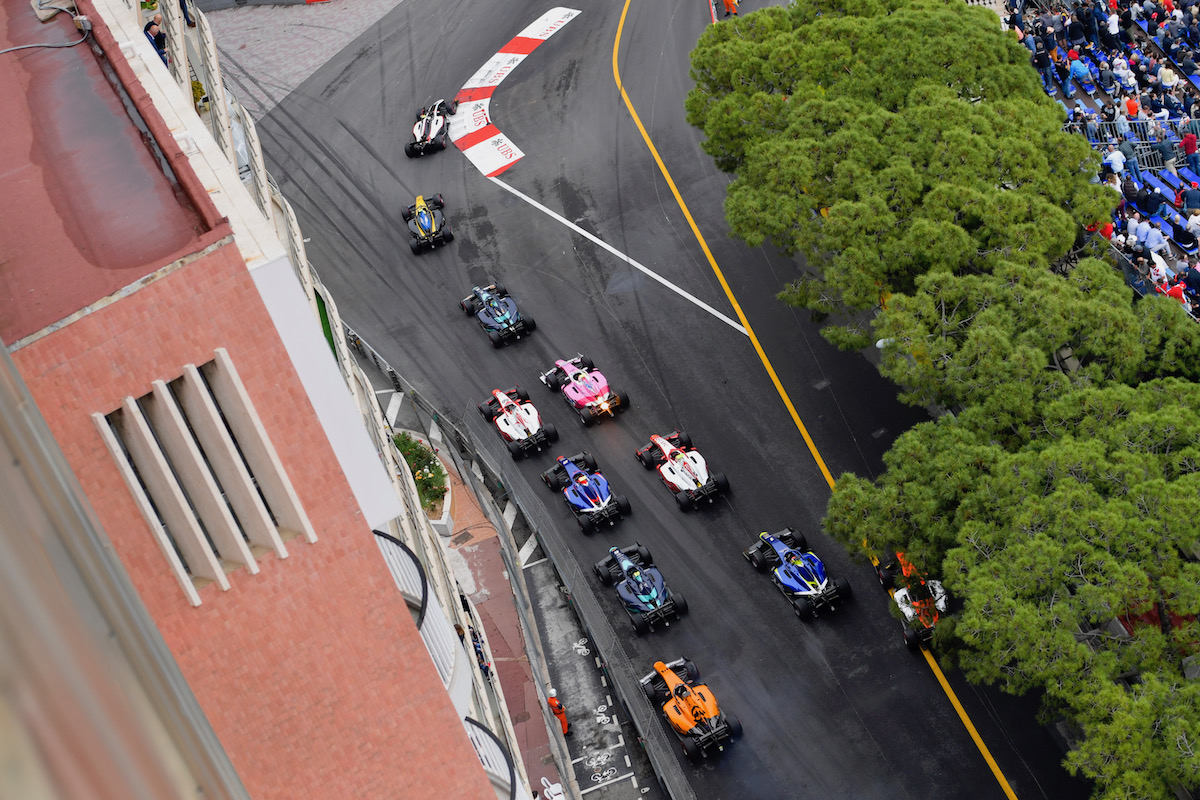 Several Formula 2 drivers feel that qualifying will still be the key to a strong weekend in Monaco despite there being two partially reversed-grid sprint races.

Monaco has traditionally been challenging to overtake at, even in F2, but with two sprint races to be held during the weekend, there will be more opportunities than before for drivers who don’t qualify at the front.

Despite the new format, several drivers said on Wednesday that qualifying will still be the crucial part of the weekend.

“It’s a cliche but this weekend is just all about qualifying, I’m afraid,” said Carlin’s Dan Ticktum. “There’s a lot resting on tomorrow [Thursday].

“Obviously we get very limited running in practice so it’s all about dialling yourself in as a driver very quickly. Getting used to being close to the walls, which from Macau I have proven to be alright at, but Monaco is very different.

“If the car’s good and I’m good and all the other variables that are in my control, I control, then I should be alright.

“In terms of the race format, if you’re up near the front, you’ve just got to keep your nose clean, really.

“That’s one of the hardest things especially into Turn 1 and up to Turn 3 and 4. There’s no scheduled pitstops, so no one’s on a different strategy, it’s just going to be everyone following each other unfortunately, I think.

“But what other tracks are there better to follow each other at than Monaco? Hopefully I’ll be out front though, let’s see, hopefully everyone’s following me.”

Reigning FIA Formula 3 champion Oscar Piastri added: “I think with the reversed-grid races, pretty similar to what Dan said. I’m not expecting too many people to be drastically changing their finishing position from where they start, besides the people that stick it in the wall.

“Like you said, qualifying is going to be the key this weekend. I mean it’s the key pretty much everywhere, but Monaco is the king of qualifying. If you have a good qualifying and you’re up towards the front then you’re going to be pretty sorted for the whole weekend.”

While both Ticktum and Piastri have Monaco experience from Formula Renault, Hitech GP’s Liam Lawson has never raced there, but is looking forward to the main race on Saturday afternoon.

“Qualifying really is probably the most important session of the weekend,” he said. “It’ll be interesting with the reversed-grid races because there’s really many places to overtake, even if you have a clear pace advantage. If the guy in front just puts the car in the middle of the track, you can normally keep the guys behind.

“It’s going to be quite interesting in the races. I’m excited for the feature race, with the pitstops. I think that’s going to be the only time it’ll be an opportunity to overtake cars, so qualifying is going to be very, very important.”