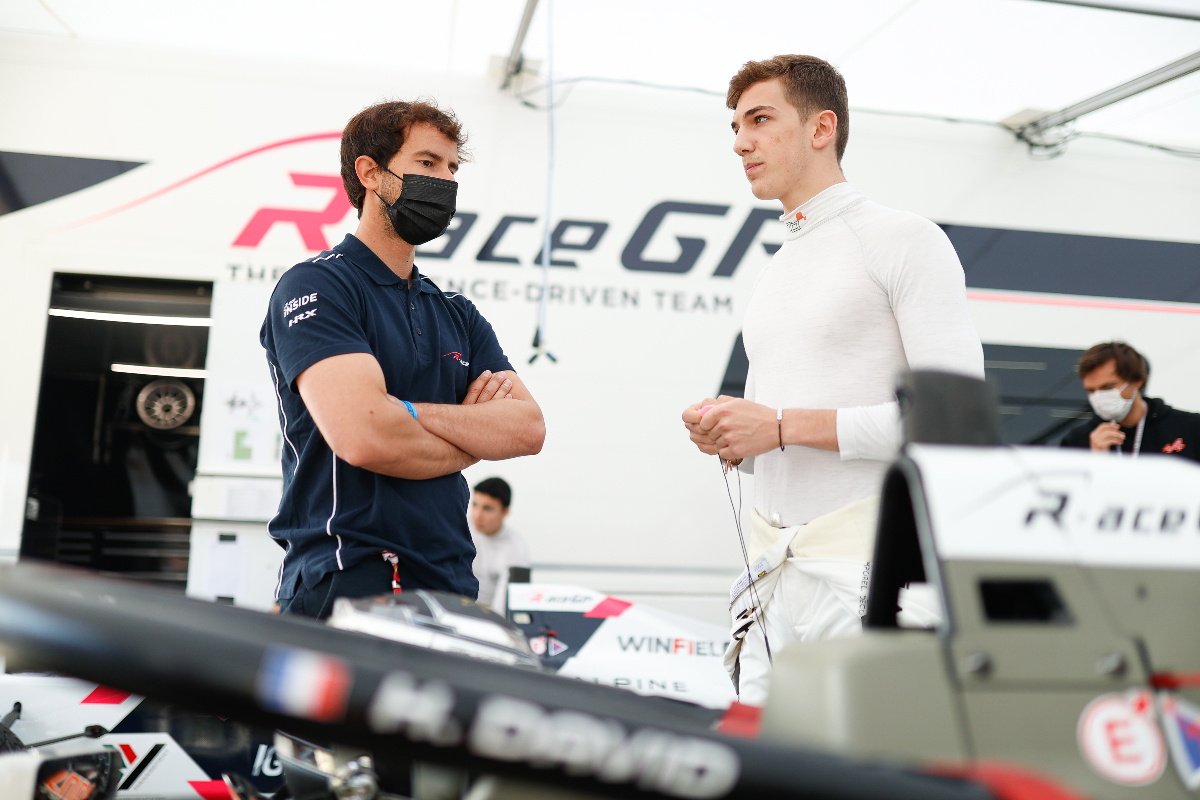 The Frenchman spent much of the session disputing first place on the timesheet with Arden’s Alex Quinn, although it was ART Grand Prix’s points leader Gregoire Saucy who was fastest early on.

However after setting his benchmark 1m36.560s lap, Saucy only completed one more lap and didn’t drive again during the 40-minute session.

Quinn was quick to knock three seconds off Saucy’s lap, before David took out another second, and they then started trimming tenths of a second off their personal bests.

It looked like Quinn was going to be fastest after setting a 1m30.446s that David initially couldn’t better, but he left it late to go even faster with a 1m30.202s.

ART GP’s Gabriele Mini and R-ace’s Isack Hadjar jumped up to third and fourth in the final seconds, but over half a second slower than David, and that shuffled R-ace’s third driver Zane Maloney down to fifth.

FA Racing’s Andrea Rosso was consisently on the pace and he ended up sixth, with Thomas ten Brinke (ART GP) and Paul Aron (Prema) the only other two drivers within a second of the pace.

MP Motorsport pair Kas Haverkort and Franco Colapinto were ninth and 10th fastest, while Lorenzo Fluxa was the top Van Amersfoort Racing driver in 11th with a final-minute improvement.

At the bottom of the timesheet was R-ace’s Lena Buhler, Saucy and KIC Motorsport’s Nico Gohler who did get to learn the track but did not set a flying lap.