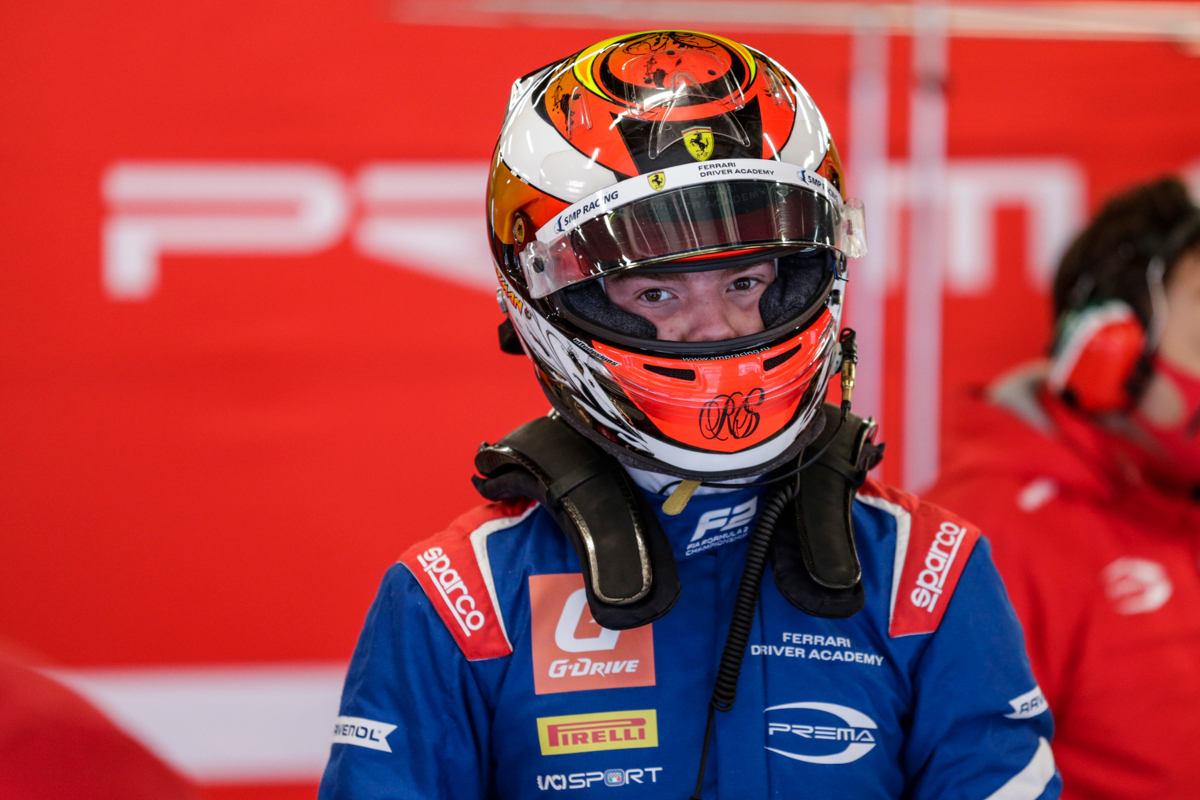 Prema’s Robert Shwartzman came out on top of a twice red-flagged free practice session for Formula 2 in Monaco.

The first stoppage came just a few minutes in, at which point DAMS’ Roy Nissany was fastest with a 1m35.534s lap, as Trident’s Marino Sato ground to a halt at the exit of Ste Devote.

There was just over half an hour to go when the session restarted, and it was Campos Racing pair Ralph Boschung and Gianluca Petecof that then shot to the top by breaking the 1m30s barrier. Virtuosi Racing’s Felipe Drugovich also got involved in the short battle to be fastest as after six minutes of green flag running the session was stopped again.

It was once again down to a car stopping on the hill after Ste Devote, and this time it was caused by a major engine failure for Petecof that may put his participation in the rest of the weekend at risl.

The second restart was light on action, with another six minutes going by without drama before Trident’s Bent Viscaal crashed and race control opted for a full course yellow.

In the end that left 10 minutes for drivers to go for flying laps, and Hitech GP’s Juri Vips rose to the challenge first as he dropped the pace down to a 1m23.244s, over a second faster than Carlin’s Dan Ticktum in second place. An improvement by 0.6 seconds extended Vips’ gap at the top of the timesheet, before other drivers found the limits in the final five minutes.

Marcus Armstrong (DAMS), Theo Pourchaire (ART Grand Prix), Liam Lawson (Hitech) and Boschung were all briefly in second place as the gap to Vips was brought down before, before Shwartzman put in a 1m22.424s with just under two-and-a-half minutes to go.

That gave him time to set one more lap, and he improved to 1m22.041s. He was running on Pirelli’s supersoft compound tyre, while Ticktum went second fastest on the soft tyre and was half a second slower. Vips was shuffled down to third, ahead of Drugovich, Oscar Piastri (Prema), Boschung, Lawson, Armstrong and Virtuosi’s points leader Guanyu Zhou.