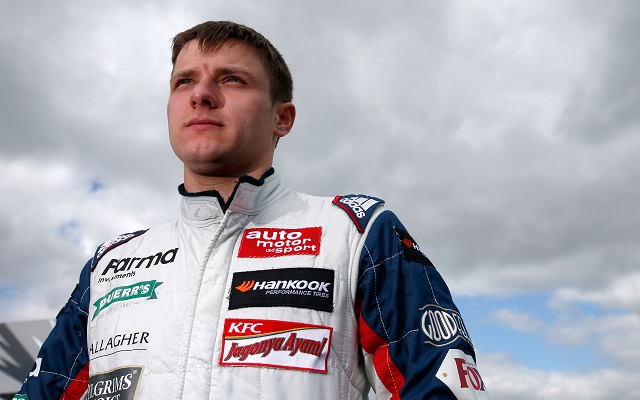 Jordan King is one of the frontrunners in this year’s highly competitive FIA F3 European Championship. British F3 champion and sixth on the continent as the top rookie in 2013, he’s seen his current European F3 campaign affected by misfortune. But he arrived in Moscow off the back of a double podium at the Norisring, and PaddockScout spoke to the British racer shortly before he clinched a front row qualifying result for the weekend’s first race.

You were fourth in both of today’s practices. Was that what you were looking for coming into the sessions?

Well, we started off quite strong in the first practice, we were P1 for a little while. We dropped down a little bit, but nothing too bad. The second one was alright as well – there’s definitely some time to find. We’ll see how it goes in qualifying.

What kind of result are you looking for in qualifying later today?

Well, obviously P1 is the main goal… but even being at the front would generally be good. It’d be nice to make the top… top five cause that’s where you’d want to race from, seeing how I’m not sure about the possibility of overtaking out here.

So far this season you’ve scored in all but three of your races. But, generally, you haven’t secured as many points as you would have probably liked after the pre-season. Are you satisfied with how the season has unfolded so far?

I am and I am not. This season, I’ve scored in every race that I’ve finished and I’m the only driver to do that in this grid. But obviously we’d have liked to be a bit higher up the scoring order… Last time out at Norisring we were second and third, which was really good. And if we can keep that kind of form up for the rest of the season, I’ll be very happy. But, all in all, it’s been a bit of a nightmare so far, really.

How did you get involved in motorsports?

When I was eleven, I went to an indoor karting place down the road from where I live… and basically got the bug from there. When I was about fourteen, I started doing karting properly, raced in the British championship and did the European stuff. Then, at seventeen, I moved into cars.

Your first weekend in cars was in Formula Palmer Audi, where you took a debut pole and a maiden podium finish. How big of a confidence boost was that?

Well, I wasn’t really coming into it expecting anything but it all went really well. When I came back from first qualifying, I asked where I’d ended up and they told me I had pole – so that was really cool, I didn’t expect that at all. Generally, it was a really good weekend. 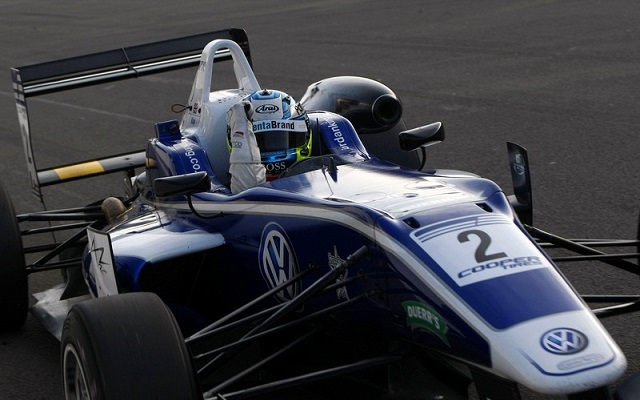 You made your full-time debut in a rather tough championship – the Formula Renault 2.0 UK series, which saw one of its best grids in 2011. How would you rate your first season?

Has your stint in Formula Renault 2.0 NEC had a big impact on your career?

Well, I finished off my first year in cars with a couple of races in it and we were really strong, so from there we did the full championship the year after. I finished second in the championship, got a win and a few podiums – it was all really good experience.

Over your career thus far, you’ve been a rather avid winter series racer, in that you’ve done off-season championships like the MRF Challenge and the Toyota Racing Series. Why have you been so active on that scene?

Well, the reason I did those championships was, really, that I was at the start of my car career and needed some track time. It all went pretty well – I’ve won races in both. But, yeah, generally, having that extra track time helped out a lot with the learning process.

Last year you were the British Formula Three champion. How important has that title been to you given the smaller size of that particular campaign?

It’s been pretty good for myself and good for the team – taking the title for the sixth year in a row. And the track time was, of course, a bonus. But, now, the European series is where the championship’s at, I’m focused on it and we’ve had a bit of a tough start, but we should be up to the challenge towards the end of the year.

Are you looking to challenge for wins?

Yeah, definitely. Getting a couple of wins by the end of the year would be a good box to tick so that we can move on to the year after.

Speaking of the year after – you’ve tested all sorts of cars during the off-season – DTM, Formula Renault 3.5, GP2, GP3. Are any of those championships on your radar for 2015?

Well, we’ll obviously see where an offer comes up. I’d like to do GP2, but first we have to see how this year finishes and what comes up a bit closer to the end of the season. 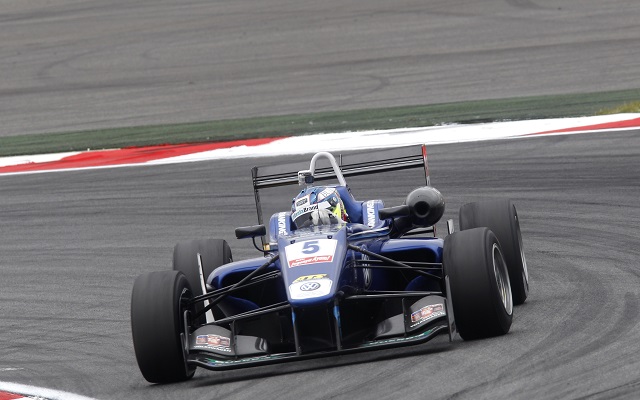