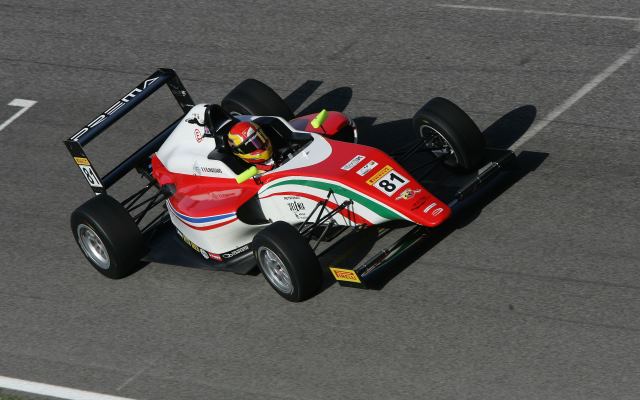 Frenchman Brandon Maisano was quickest overall over three practice sessions on Friday at the third round of the Italian F4 season at Mugello.

The Prema driver, who currently tops the Trophy class standings for drivers born before 1996, was quickest in the first two sessions, while stablemate Lance Stroll pipped him to the top spot in a wet final session.

Mattia Drudi, who took his maiden victory in the previous weekend at Imola, managed to split the Prema duo in the first session. Diegi’s Andrea Russo ended up fourth, with Brazilian Joao Vieira fifth for Antonelli. Russo and Alain Valente, who finished the session in sixth place, were the only drivers to go faster in the first session.

Session two saw Drudi take up the best-of-the-rest third place in the timesheets, ahead of Brazilians Vieira and Bandeira making up the top five. Takashi Kasai, the third Prema driver ended up sixth fastest, with Camilleri, Pulcini and Haxhiu completing the top ten.

The afternoon session saw heavy rain, forcing the drivers to switch to the wet-weather tyres. The session was marred by four red-flagged periods. Ferrari junior and championship leader Stroll went quickest early on and managed to stay on top. Maisano’s considerable mid-session improvement was only enough for second fastest.