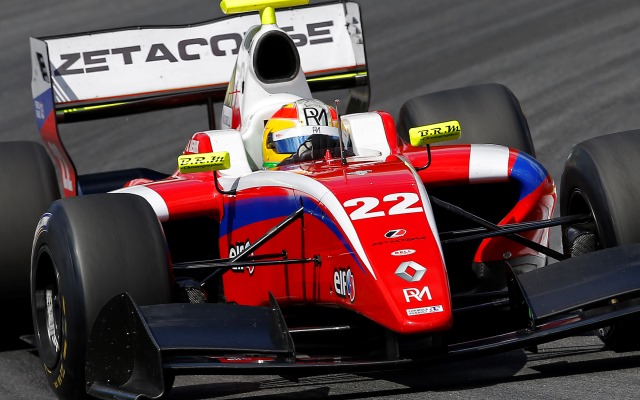 Roberto Merhi kept the Moscow winners on top in second practice for the latest round of the Formula Renault 3.5 season at the Nurburgring.

The Spaniard went seven tenths quicker than fellow Russian victor Sergey Sirotkin had managed during the earlier session. Merhi edged out Pierre Gasly by 0.029 seconds, while championship leader Carlos Sainz was also within a tenth of the pace.

Just as in the first session, Will Buller was fourth fastest, with fellow Britons Oliver Rowland and Will Stevens rounding out the top six.

After leading much of the session, Marlon Stockinger slipped back to seventh, with Matias Laine, Marco Sorensen and the returning Matthieu Vaxiviere completing the top ten.

Sirotkin ended up back in 15th place, just over a second off the pace. Debutants Cameron Twynham and Alfonso Celis were 19th and 21st respectively.