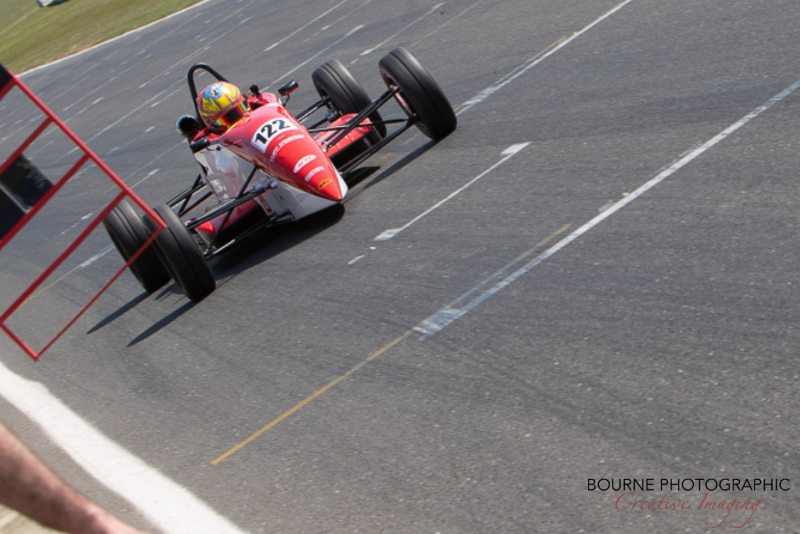 Besides the Indianapolis 500, there are not many events in single-seaters that can promise great racing year-after-year. The general rule is the tougher a car is to keep under control, the more action you would expect to see, and the more consistent grip you can generate through downforce, the easier that control is.

Which is why Formula Ford 1600 is absolutely brilliant with its lack of wings, its grooved tyres and mechanical variety.

In Britain, the category attracted W Series champion Jamie Chadwick and Asian Formula 3 rival Jordan Dempsey last year, as well as being a home for drivers who can’t afford to do British Formula 4 – although there is an official link between the two.

Fastest of those was Ross Martin, who raced in British F4 back in 2016 then racked up back-to-back Scottish FFord titles before attacking the UK-wide series and winning the title (on dropped scores) at his first attempt.

He returns in the same finely-attuned Van Diemen RF99 in a four-car Team Dolan line-up that includes equivalent American champion Matt Cowley, 2013 Formula Renault BARC champion Chris Middlehurst (also a winner in historic F1 machinery) and Morgan Quinn. The racecraft of Cowley and Middlehurst have served them well in the every-race-counts knockout tournaments, and that could be key in such a short season.

Martin should be favourite to retain his title, despite the late confirmation of his deal to race and his absence from last year’s post-season classics, but his preparation for his title defence has included being crowned Champion of Snetterton. 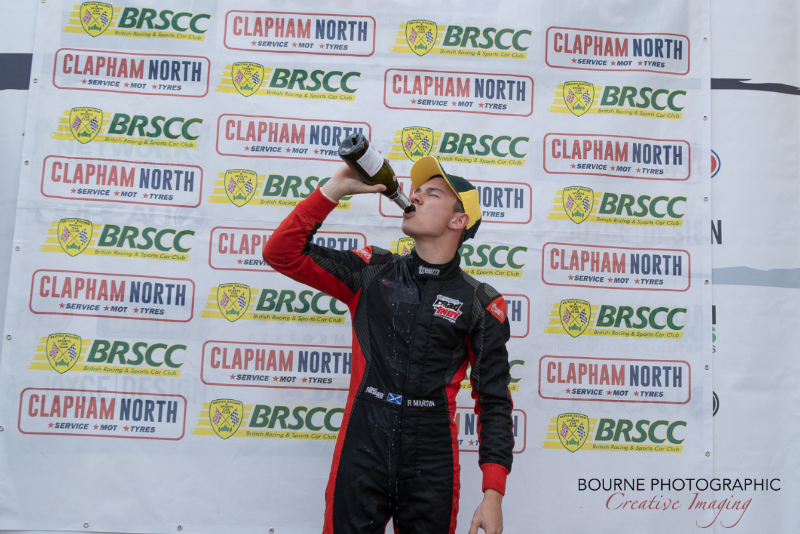 The Dolan line-up’s greatest rivals would have to be Low Dempsey Racing, which uses Ray cars. It’s a new team that has come about via a takeover of super successful FF1600 longtimer and former BRDC British F3 team Cliff Dempsey Racing, and will likely be led by Jonathan Browne. The Irishman dominated last year’s FFord Festival final and was fifth in the National points following huge personal improvements, and he has two young Americans as team-mates.

Bryce Aron, 16, was a frontrunner in America’s similar F1600 Championship Series last year and made his British racing debut in the 2019 Festival. His move to LDR comes at the recommendation of Team USA Scholarship founder Jeremy Shaw, while 19-year-old Grant Palmer has far less mileage but has also bagged a seat that could really establish his career.

They cameoed in Castle Combe FF1600 in July, with Aron taking a podium and Palmer a fastest lap against circuit specialists.

Kevin Mills Racing will be ruing Silverstone’s absence from the shortened calendar after being the team to beat there in recent years with its Spectrum chassis, and has 17-year-old F1000 graduate Reece Lycett as its youthful charge. Helping bring him up to speed are serial race-winner Neil Maclennan, who will no doubt be his usual title threat if he doesn’t miss a round, and 2009 ADAC Formel Masters frontrunner and 2011 Walter Hayes Trophy winner Adrian Campfield.

Rory Smith was best of the rest behind Martin and CDR’s Spike Kohlbecker last year with B-M Racing, and will looking to do even better. Oulton suits his Medina JL18 and he’s getting ever quicker with experience. Alongside him are David McArthur, ex-British F4 racer Jamie Sharp and Tom Ward. 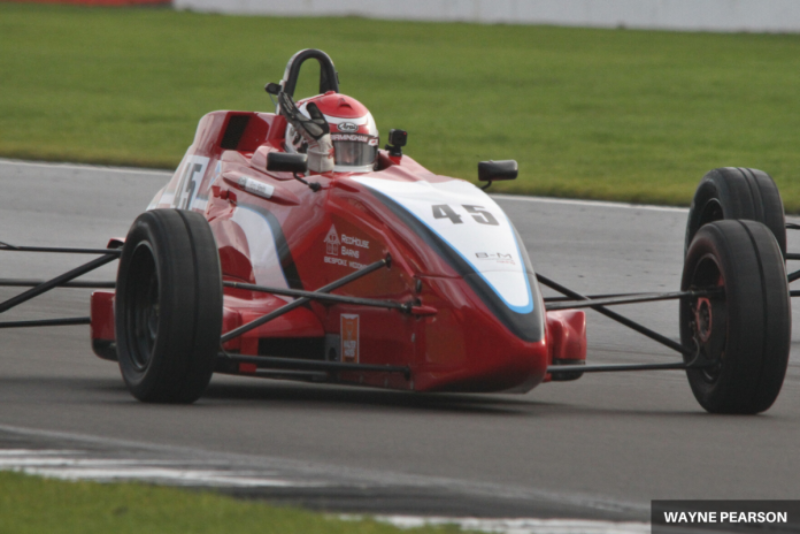 Back in 2018, then-14-year-old Ward signed with the team, knowing he’d have the newest Medina car at his disposal once he was old enough to race. He’s already confirmed his presence for the Festival and WHT, and next year’s National season too. Ward’s only got test experience so far though, and his car racing career comes to appearances in the Junior Saloon Car Championship in the UK and its more famous rival Ginetta Junior.

Oldfield Motorsport is fielding two dark horses in Van Diemen JL13s. Milan De Laet, 17, is the reigning French champion and has already starred abroad. The pace he has shown already suggests his rate of improvement could put him at the front this year. The shortened season won’t play into his favour though.

He is joined by British karting graduate Daniel Mackintosh, who is aiming for the title after missing out on a British F4 drive.

Another driver who’s picked FF1600 over F4 is Alex Walker, who will drive for PWR1 Racing in a Van Diemen RF00. The 16-year-old raced part-time with JHR Developments in F4 last year after his Ginetta Junior drive fell through, and was set to return to F4 in 2020. That’s now off the table, and he joins Phil Wills’ team in a Van Diemen RF00 instead.

There are three one-car teams that all have adequate enough experience to be in title contention.

The formidable Luke Cooper, the 2018 Castle Combe champion, made one National appearance for his dad’s Swift Cooper team last year and won, and was fourth in the points the year before. Avoid bad luck and mechanical issues with his self-developed Swift SC18, and there’s no reason why he won’t be a winner at every round.

Souley Motorsport’s Ollie White is a master of Brands Hatch, and his Medina JL17 should be potent everywhere. 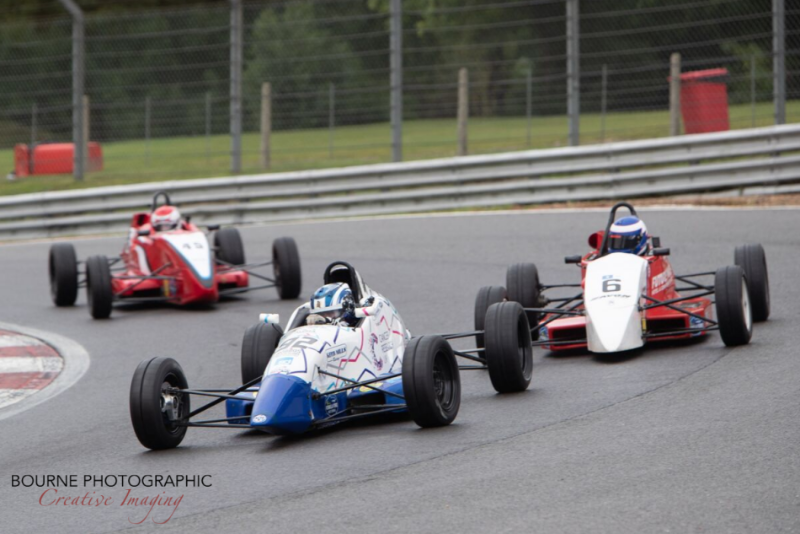 Ex-BRDC British F4 team Graham Brunton Racing has signed Logan Hannah, but is absent from Oulton. The teenager told Formula Scout she plans to race at Anglesey and Brands, having already been aiming for National prior to her native Scottish championship being cancelled. GBR will likely run Hannah and Williams Formula 1 junior Chadwick at the WHT again too.

The BRSCC Northern FF1600 championship will share grids with National at Oulton, and there are three drivers entered for Northern points in post-1989 machinery. The Pre-90 class is busier, meaning over 30 cars will start this weekend’s two races.

The pandemic has hit other FF1600 series too. The Kirkistown-based Northern Irish series is potentially running on just two weekends, plus its non-championship Martin Donnelly Trophy, and the Australian national championship has been trimmed to four rounds and has an August start date.

Canada’s Ontario-based Toyo Tires F1600 has got underway, with former W Series racer Megan Gilkes as one of the frontrunners, and French FF1600 plans to restart at Albi this weekend. New Zealand cancelled the final round of its 2019-20 season, meaning 16-year-old Billy Frazer was crowned champion at his first attempt.