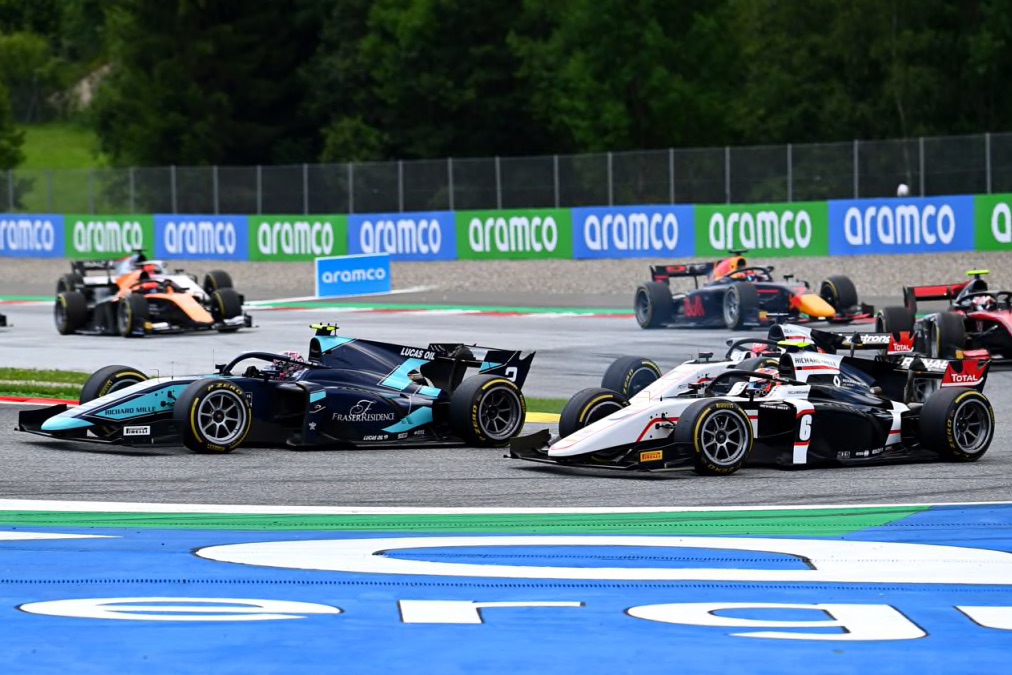 Leading Formula 2 drivers say they are enjoying doing back-to-back race weekends at the same circuit after beginning the 2020 season with four races at the Red Bull Ring in nine days.

As a result of the COVID-19 pandemic around the globe cancelling several events, Formula 1 has opted to flesh out its calendar with a number of double-headers for this season. The Austrian and Styrian grands prix were the first time such a situation has happened in F1 history.

The same arrangement is set to happen again at Silverstone with the British and F1 70th Anniversary grands prix, while other double-header events may be added at a later date.

The support categories are following the same schedule through the opening nine events, with both F2 and FIA Formula 3 each holding four races around the Red Bull Ring in a short space of time.

The idea proved to be a popular one among the drivers that shared the podium in the sprint race at round two, who were asked for their views by Formula Scout.

“I love it,” said Dan Ticktum. “I think having it all compressed and having more time off is actually a great way to do it, because once you get to December after the F2 testing you’ve then got Christmas, you’ve then to perform with the family and everything and it’s all a bit of an effort.

“It’s actually quite nice to have a long break and then it all condensed. I’m really enjoying it so far and I’m very much looking forward to going to Silverstone which is one of the best tracks in the world.”

Christian Lundgaard, who won the sprint race, joked that he disagreed with Ticktum’s sentiment on Silverstone as he’s “never really been a fan” of the British circuit, but explained how the back-to-back events at the Red Bull Ring had been beneficial.

“I think it’s also nice for us drivers and the teams to actually improve the car,” he said. “We’ve been here for two weeks now in Austria and [over] the last week we kind of improved the car for this week. I think it’s nice for the teams to be able to do that and also for us drivers  to practice we don’t have to start all over again. We started just where we left off last week.

“And I think as a driver after such a long break I think it’s nice. I’m not complaining, I enjoyed being at home with my family. I think it’s the longest I’ve been home for seven years so to spend time with the family has been great and to come back and do the job.”

“I think maybe if the track wasn’t as exciting as this one maybe it could be a different story but certainly the Red Bull Ring is a track that I enjoy. Also, the city itself is quite good for training, good gym, good mountains for cycling etc, so from my point of view it’s been great.”