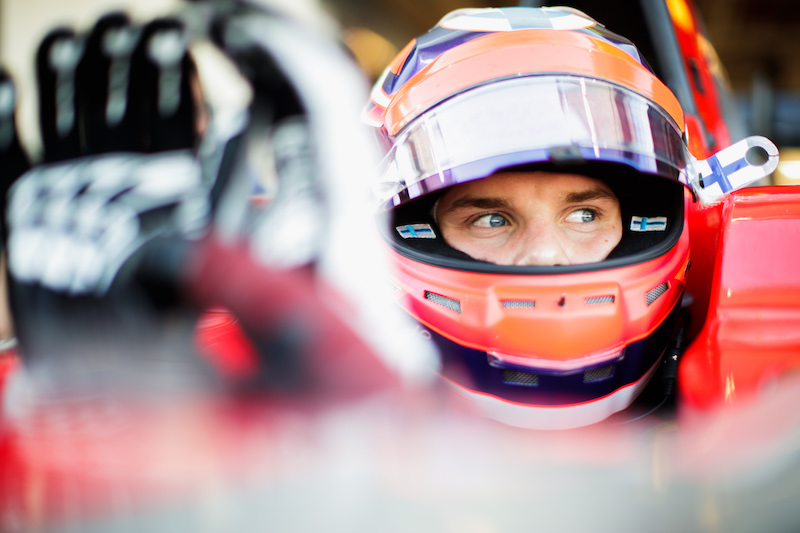 Niko Kari, who was ousted from his Charouz Racing System seat in FIA Formula 3 days before this month’s season opener, has secured a drive in prototype sportscars.

The 20-year-old has raced at the GP3/F3 level since 2016, and taken two wins in four seasons. In 2018 he stepped up to Formula 2 for four races, but moved back down to the new FIA F3 Championship last year and finished 12th in the points.

He had signed with Charouz for this year, and looked set to be a frontrunner after impressing in pre-season testing. On the Wednesday before the first round in Austria, it became apparent he had lost his seat to Formula 4 graduate Roman Stanek.

This weekend Kari will make his sportscar debut in the Le Castellet 4 Hours, the first round of the European Le Mans Series. He will drive a Ligier LMP3 car for Eurointernational, which was active in IndyCar and then F3 for many years, alongside ex-Formula 4 driver Leonard Hoogenboom and the 1990 British Formula Renault champion Tommy Erdos.

“Racing this weekend in LMP3 in European Le Mans Series,” said Kari. “Testing is underway here at Circuit Paul Ricard. First impression of the car is good, we just need to get laps in as much as possible to learn the new car.”

There are several other single-seater refuges who have switched categories for this year.

Julian Hanses, who set pole for the Pau Grand Prix last year, has moved to Porsche Carrera Cup Germany, while Euroformula champion Leonardo Pulcini is now focusing on Italian GT as a Lamborghini junior after previously signing up for International GT Open.

Alessio Lorandi, who starred in the Macau GP last year and raced part-time in F2 in 2018, has been signed by Mercedes-Benz customer team GetSpeed Performance for GT World Challenge Europe, while R-Motorsport has cancelled its planned entry into that season and means its driver Luca Ghiotto is likely now free to contest the full F2 season with Hitech GP.

Former ELMS driver Harrison Newey will move to DTM with WRT Audi, in the seat originally set to be taken by former IndyCar driver Ed Jones. Travel restrictions have made movement difficult for the Dubai-based ’16 Indy Lights champion, so he will be replaced by ’19 Super Formula driver Newey – the son of F1 design legend Adrian.

How Zhou and Lundgaard have proven their F1 credentials