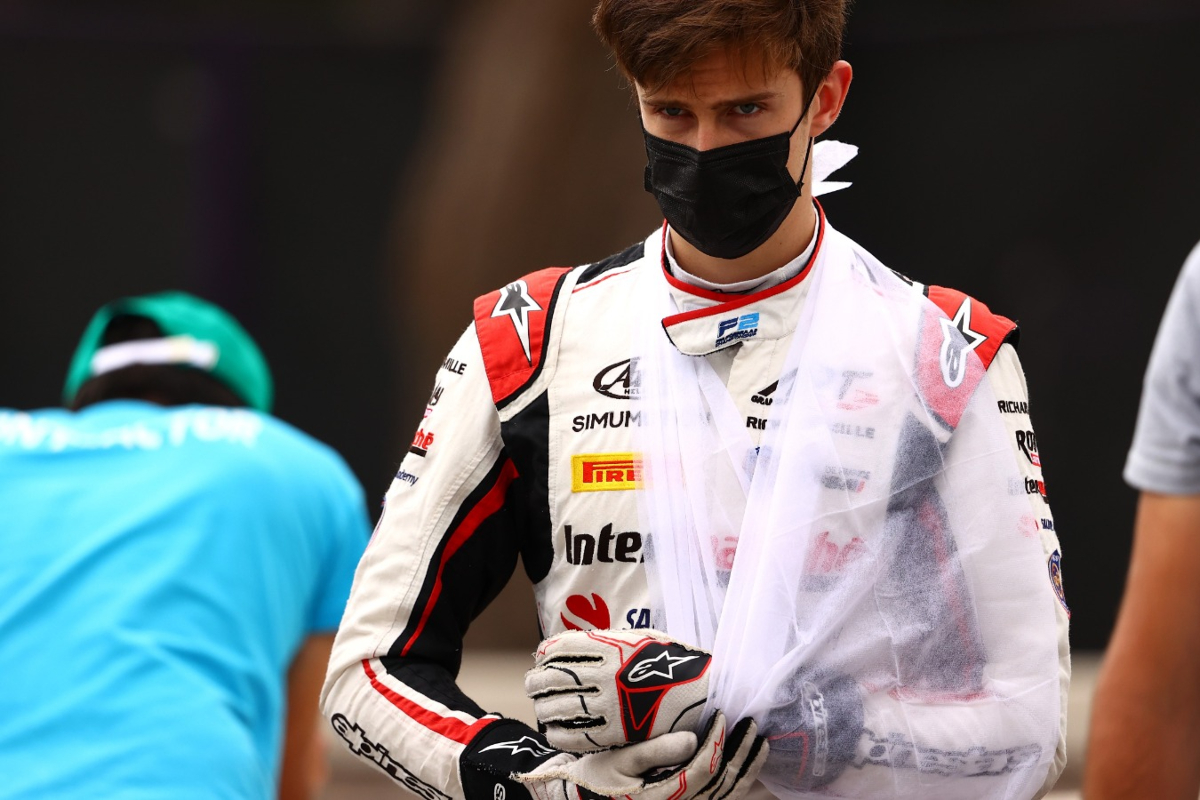 Theo Pourchaire injured the bones in his left arm in a crash in Formula 2’s feature race in Baku.

The ART Grand Prix driver got pincered between Carlin’s Dan Ticktum and DAMS’ Marcus Armstrong going into the third corner of the circuit, with the impact from both sides ending his race as well as Armstrong’s.

Pourchaire was holding the steering wheel at the time, and the resultant forces exerted on his arm as the steering snapped has led to his injuries. The FIA put out a statement on Pourchaire, which read as below:

“The FIA advises that, following an incident during the FIA Formula 2 feature race today, 06/06/21, in Azerbaijan, the driver of Car 10, Theo Pourchaire, has been taken to The Central Hospital of Oil Workers for treatment of a fractured arm.”

The 17-year-old, who became F2’s youngest ever winner in Monaco last month, tweeted that a broken wrist was the injury he had in fact picked up. If that is the case, it would be expected he would be fully healed by the next round at Silverstone.

Ticktum was handed a 10-second penalty for his involvement in the crash, which he served during his mandatory pitstop after also pitting immediately after the crash to replace his front wing. After his second stop, he claimed fastest lap as he moved up the order to finish eighth.

In addition to the in-race penalty, he was handed two penalty points on his licence. The Williams junior shared his reaction to the penalty on Instagram.

“Tough one, the cars in front at turn three braked so early so I went for the gap,” he said.

“To get a 10s penalty for that is beyond ridiculous but it’s all happened now. The pace was obscene so I really think I could’ve won today.

“For all the people sat on their sofas giving me shit about getting angry on the radio, try putting yourself in my position.”

He went on to apologise for language he used on the team radio during the race and thank Carlin for his car. Ticktum is now fifth in the F2 standings, while Pourchaire has dropped to sixth. Pourchaire said “he is a idiot” about Ticktum post-race.