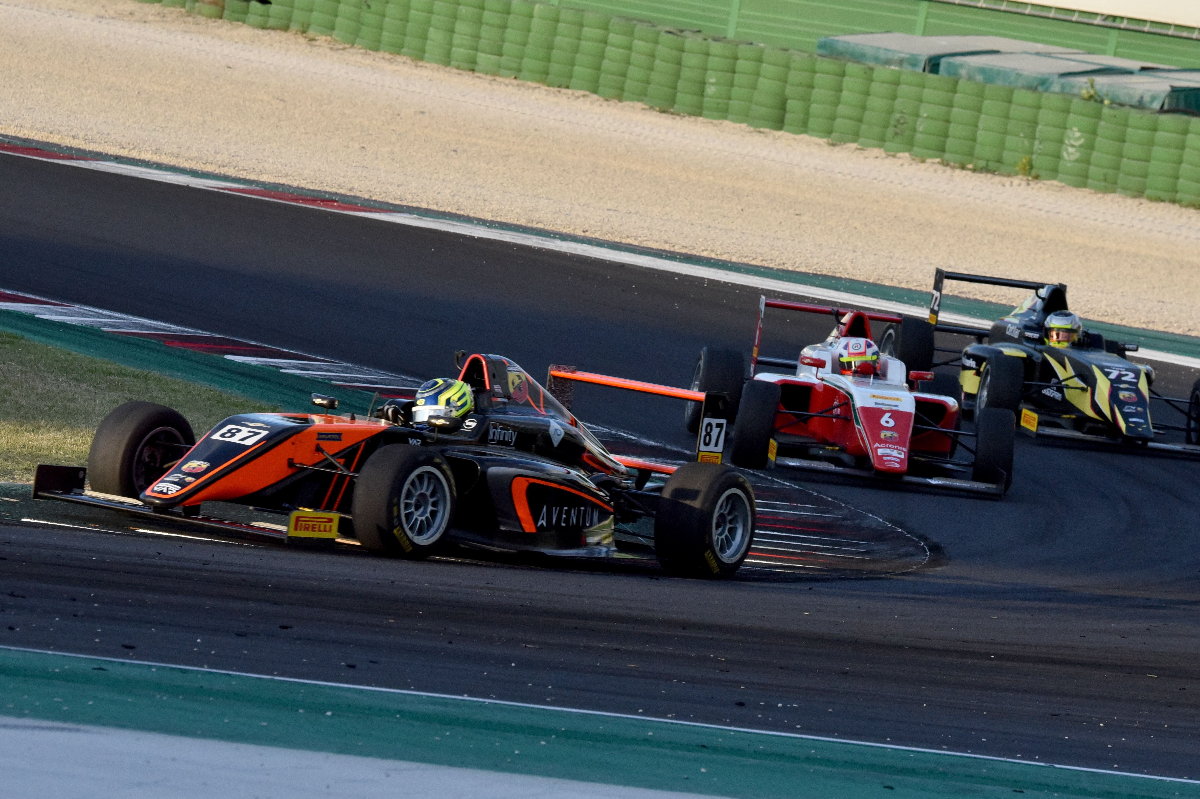 Oliver Bearman won the final Italian Formula 4 race of the weekend at Misano as Van Amersfoort Racing team-mates Nikita Bedrin and Bence Valint came together in a dramatic collision.

Bearman had extended a considerable gap at the front of the field when Bedrin ran over the back of Valint’s car. Bedrin went airbourne and came to a stop in the gravel, while Vallnt was spun and suffered significant damage to the rear of his car.

Both drivers were wiped out of the race, bringing out the safety car with just five minutes on the clock.

The race was restarted with time for a one lap dash to the flag. Bearman was able to hold off Iron Lynx’s Leonardo Fornaroli to take his second win of the weekend and extend his lead at the top of the championship standings.

Fornaroli had challenged Bearman for the race lead early on. He briefly claimed first place on the opening lap, only to run wide and allow Bearman back through. He was left to battle to stay ahead of Sebastian Montoya throughout the second half of the race, but the Prema driver was never close enough to make a move.

VAR’s Joshua Dufek had a strong climb up through the order, picking off R-ace GP’s Victor Bernier and Prema’s Hamda Al Qubaisi to take sixth.

Al Qubaisi tried to fight back and retook the position for a short time, but started to fall backwards in the closing stages of the race. Bernier and Han Cenyu managed to pass Al Qubaisi late on and she ended the race narrowly ahead of Lorenzo Patrese in ninth.