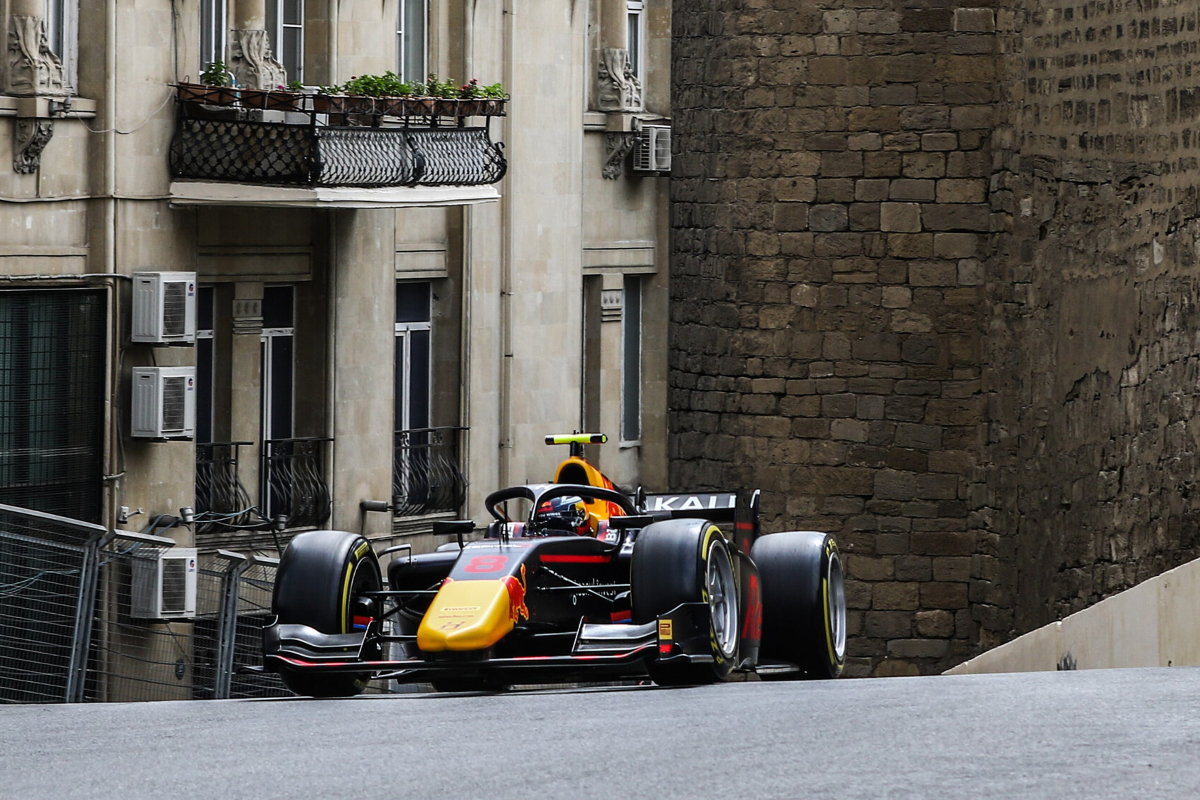 It was another chaotic race on the street circuit, as multiple drivers were caught up in incidents and handed penalties.

Hitech GP’s Vips managed to avoid the drama to take a dominant win ahead of Prema pair Oscar Piastri and Robert Shwartzman.

Right off the line there was a close battle at the front of the field. Vips swept past pole-sitting team-mate Liam Lawson, who was immediately under pressure from Piastri and ART Grand Prix’s Theo Pourchaire.

Pourchaire then found himself in the middle of a battle with Dan Ticktum and Marcus Armstrong. The three ran side-by-side, Ticktum on the inside and Armstrong on the outside. They made contact, and Pourchaire and Armstrong both retired while Ticktum pitted for a new front wing as the incident brought out the safety car.

Vips managed to hold off Piastri and Lawson on the restart, but briefly fell behind Piastri during his pitstop. He soon reclaimed the net race lead on track and started to break away from the rest of the field, even overtaking HWA’s Jack Aitken, who pitted extremely late as the only driver on the alternate stategy.

Piastri closed the gap to Vips late on, but an unsafe pitstop release earned him a five-second penalty and guaranteed Vips victory. Piastri retained second place ahead of Shwartzman, who enjoyed a quiet race to climb up to third.

Despite finishing outside the points, Guanyu Zhou retains the points lead over Piastri. Zhou had a difficult race, being one of the first to pit and coming out beside Lawson and David Beckmann. He was forced wide as the three battled for position, dropping to the back of the top 10. He eventually finished 13th.

His Virtuosi Racing team-mate Felipe Drugovich, who had been held up by Piastri during the pitstops, took fourth ahead of Campos Racing’s Ralph Boschung and Lawson.

Ticktum was one of the last drivers to take his mandatory pitstop, and after served a 10-second time penalty for the earlier collision came out in 11th. On fresh tyres, the Carlin driver soon swept past Lirim Zendeli and Christian Lundgaard to take eighth and the fastest lap. He finished just behind team-mate Jehan Daruvla.