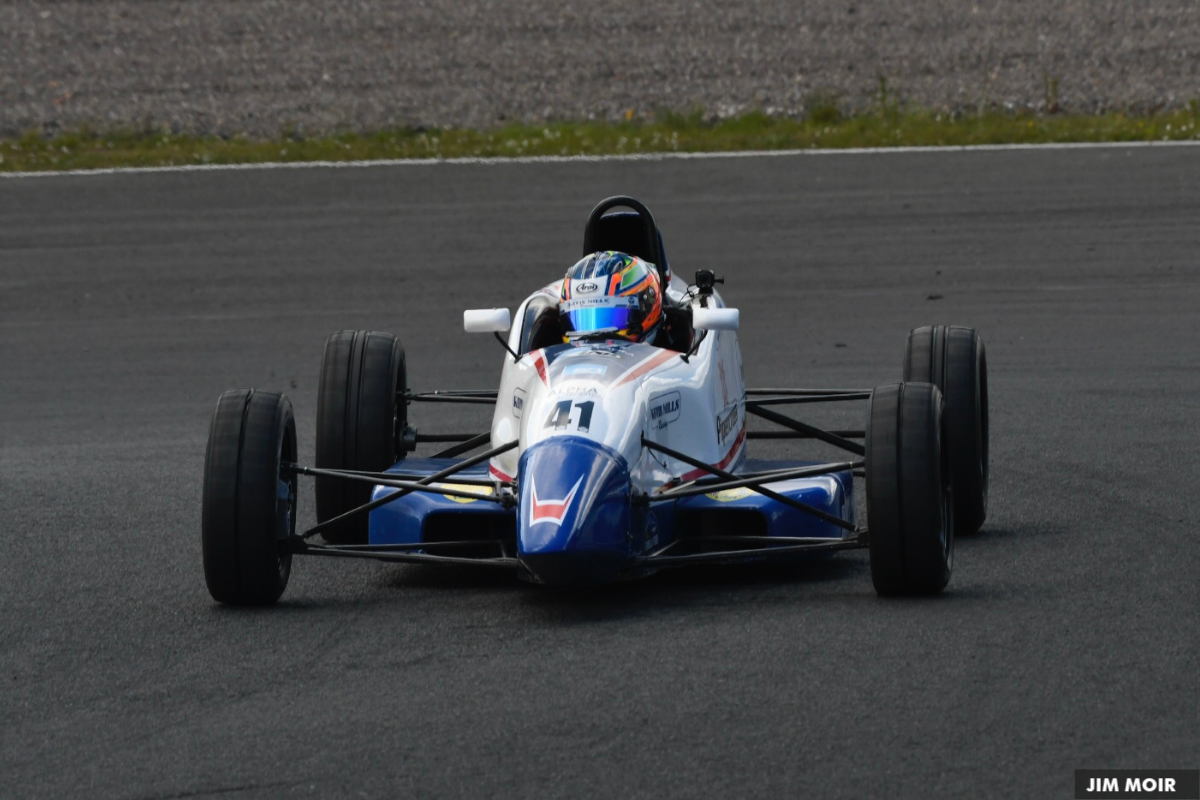 The Kevin Mills Racing driver set the pace across the morning’s two free practice sessions, then set the best time of qualifying with a 53.262s lap to beat Chris Middlehurst by just over a quarter of a second.

The best of the Scottish FFord runners was reigning champion Jordan Gronkowski in his family-run Van Diemen in 11th.

KMR’s Lucas Romanek was the first to set a fully representative laptime at the start of the session, posting a time of 54.546s, just over a tenth quicker than Walker’s first effort.

Romanek’s team-mate debuting Thomas Mills – son of team boss Kevin – was next to hit the top of the times, with a 53.968s on his second flyer, but Walker soon usurped his fellow Spectrum 011 driver with his fastest lap of the session.

Behind Middlehurst, Chinese Formula 4 champion Jordan Dempsey will line up third on the grid in his B-M Racing Medina Sport BH19, just over three-tenths of a second adrift of Walker’s pole time, while Mills will join Dempsey on the second row of the grid.

In the Scottish field, Gronkowski was comfortably the fastest, taking his Van Diemen JL012K to a time of 54.243.

Next best was series returnee Michael Gray, piloting a Graham Brunton Racing Ray. Gray last raced in the championship eight years ago, and was 13th fastest.

Neil Broome took his privateer Ray to 16th on the grid overall and third in Scottish, while GBR’s single-seater rookie Lucy Grant was 18th overall on her first FF1600 outing.

After turning out in Friday’s pre-event test session, defending David Leslie Trophy winner Logan Hannah was not present in either the morning practice sessions or qualifying. It is unclear whether or not she will contest this afternoon’s races.